A NASA probe orbiting an asteroid over 100 million miles from Earth snatched on Tuesday a sample from the celestial body's rocky surface. 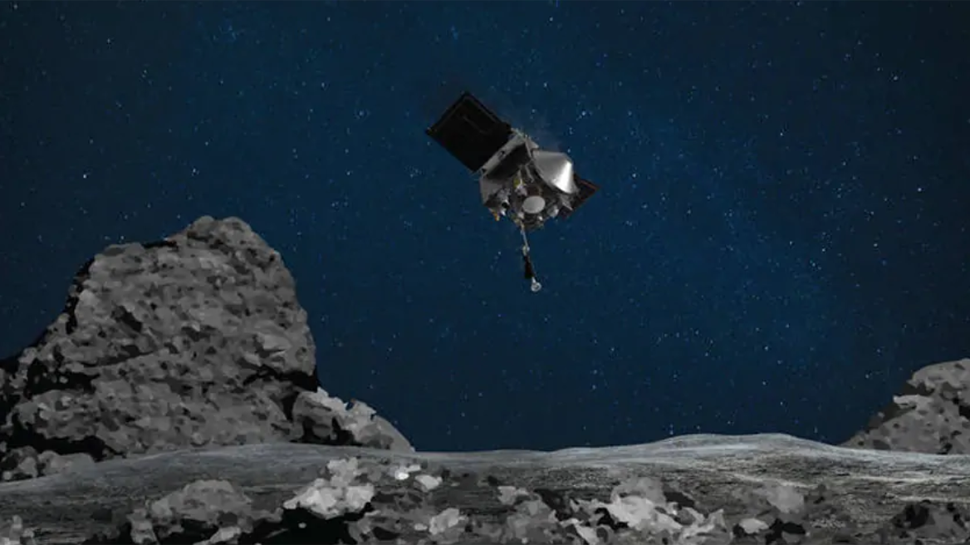 A NASA probe orbiting an asteroid over 100 million miles from Earth successfully snatched on Tuesday (October 20) a sample from the celestial body's rocky surface to bring home the space agency's first handful of pristine asteroid rocks.

NASA's minivan-sized OSIRIS-REx spacecraft made a four-hour descent toward the rugged surface of the Bennu asteroid, whose acorn-shaped body, formed in the early days of our solar system, could hold clues to the origins of life on Earth, scientists say.

At 6:12 p.m. EDT (22:12 GMT), the spacecraft performed a meticulous five-second 'touch-and-go' technique by autonomously extending its 11-foot (3.35 m) robotic arm toward a flat patch of gravel roughly the size of a basketball court near Bennu's north pole.

The spacecraft launched in 2016 from Kennedy Space Center for the journey to Bennu. It has been in orbit around the asteroid for nearly two years preparing for the "touch and go" maneuver.

A collection device attached to the arm and shaped like an oversized shower head 'touched' Bennu's surface for five seconds and shot out a burst of nitrogen gas, kicking up debris and entrapping rocky material inside the device's sampling head.

The ground controllers are expected to confirm capture of Bennu remnants a few hours after the attempt. That will allow the spacecraft to start its journey back toward Earth arriving in 2023 to return the first US cache of pristine asteroid rocks. Japan is the only other country to accomplish this before.

Asteroids are among the leftover debris from the solar system's formation some 4.5 billion years ago.

Scientists believe asteroids and comets crashing into early Earth may have delivered organic compounds and water that seeded the planet for life. Atomic-level analysis of samples from Bennu could provide key evidence to support that hypothesis.

US bats for formalisation of QUAD