Flooding and landslides have hit the Terai region of the country after incessant rainfall over the past several days. 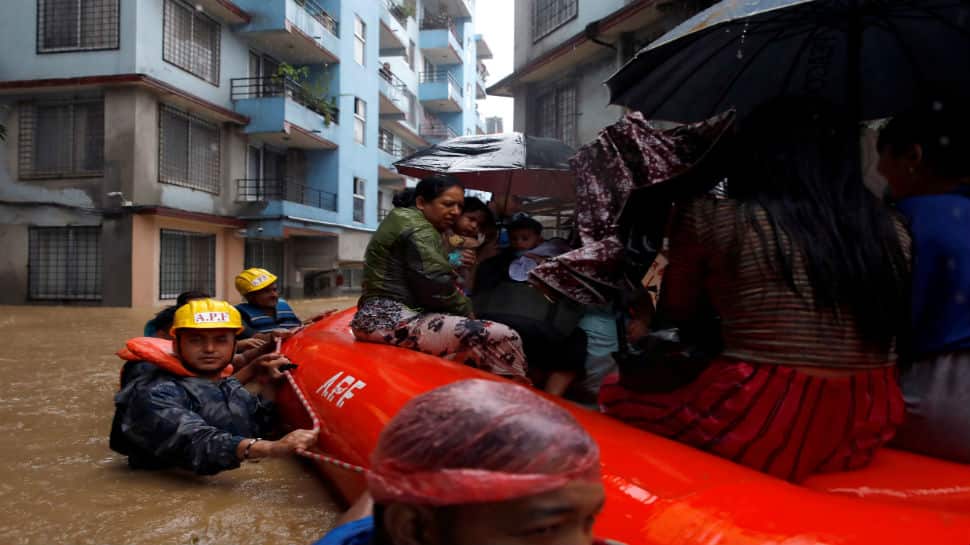 Authorities are battling against time and elements as the death toll in Nepal has reached 65 after widespread flooding and landslides hit the country's Terai region.

Flooding and landslides have hit the Terai region of the country after incessant rainfall over the past several days. While many villages have been evacuated here, many people were either injured or killed due to nature's fury. The most affected districts include Lalitpur, Khotang, Bhojpur, Kavre, Makwanpur, Sindhuli and Dhading. Nepal Police, according to news agency ANI, has said that as many as 30 people are missing.

A total of 1146 people have been rescued from areas at maximum risk from flooding and landslides, as on Monday morning, from 22 districts. Authorities here have said that all the injured are being given medical assistance at local hospitals while people are being advised to get to safer grounds because the threat from swelling rivers remains. More rainfall here could complicate rescue efforts.