Brenton Tarrant is among several gunmen who killed numerous worshippers in a New Zealand mosque on Friday. 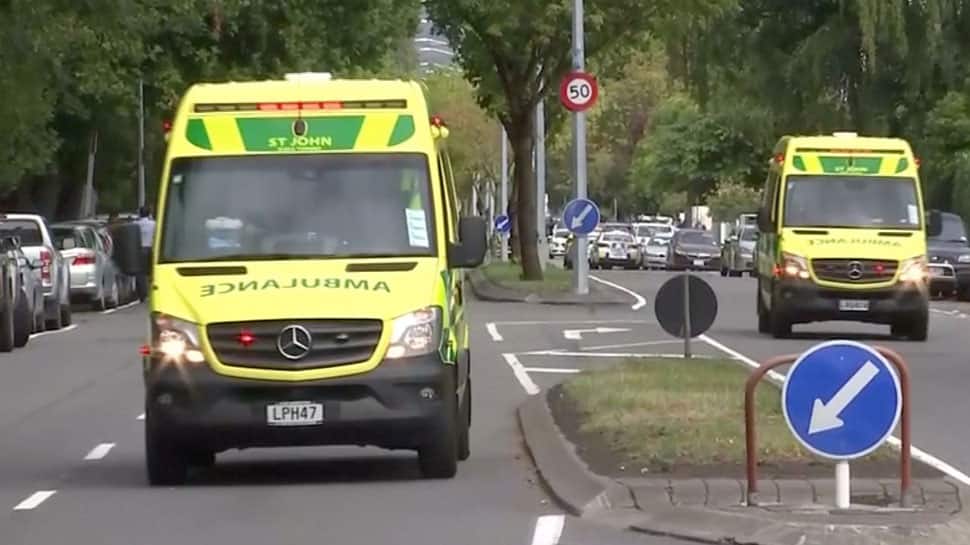 Christchurch: Brenton Tarrant- the main gunman who killed numerous worshippers in a New Zealand mosque on Friday - was a right-wing "terrorist" with Australian citizenship.

Morrison confirmed media reports that the gunman who mowed down worshippers in the main mosque in the southern New Zealand city of Christchurch was an Australian-born citizen.

He said Australian security authorities were investigating any links between the country and the attack but declined to provide further details about the Australian gunman.

An emotional Morrison offered his sympathies to Kiwis.

"We are not just allies, we are not just partners, we are family," he said. New Zealand police said they had detained three men and one woman after attacks on two Christchurch mosques, but they have not provided their identities.

"It is such a sad and devastating reminder of the evil that can be ever present about us," Morrison said of the attacks.

Brenton Tarrant is among four people - three men and a woman - taken into custody by the New Zeland Police in connection with Christchurch mosque shooting.

At least 40 were killed and 20 injured after shooters opened fire at two mosques in the New Zealand city of Christchurch.

The attack on worshippers involved a fleet of rifles and cars containing improvised explosive devices.

According to news.com.au, one of them even live streamed the attack on Facebook, which was later picked up by a YouTube channel.

The live video showed the attacker firing at worshippers with his semi-automatic weapon as they gathered for Friday prayers at the Masjid Al Noor mosque.

This gunman was confirmed to be 28-year-old Brenton Tarrant.

Ahead of executing his plan, Brenton wrote a 37-page manifesto declaring his evil intentions.

The manifesto was titled “The Great Replacement” and was posted on a message board website.

In his manifesto, Brenton described himself as “Just an ordinary White man, 28 years old. Born in Australia to a working class, low-income family.”

Explaining why he carried out the attacks, he said ''it was to avenge thousands of deaths caused by foreign invaders”.

The shooter stated that he had planned the attack for two years and had a location lined up three months before the attack today.

He then went on to describe himself as an “eco-fascist”. “I was a communist, then an anarchist and finally a libertarian before becoming an eco-fascist,” he wrote in the 37-page document.

While he also made a bizarre reference to Spyro the Dragon, a PlayStation game, which taught him ''ethno-nationalism”, he also claimed to have had a brief contact with Anders Breivik, who was a far-right terrorist who killed 69 members of a youth league summer camp on the Norwegian island of Utoya in 2011.

Brenton also revealed how he supported US President Donald Trump “as a symbol of renewed white identity and common purpose,” but not as a policymaker.

In a chilling post on a social media forum posted last night, the ring leader stated, “I will carry out an attack against the invaders and even live stream the attack via Facebook.”