US Ambassador Nikki Haley has slammed rumours that she was having an affair with President Donald Trump as "highly offensive" and "disgusting." 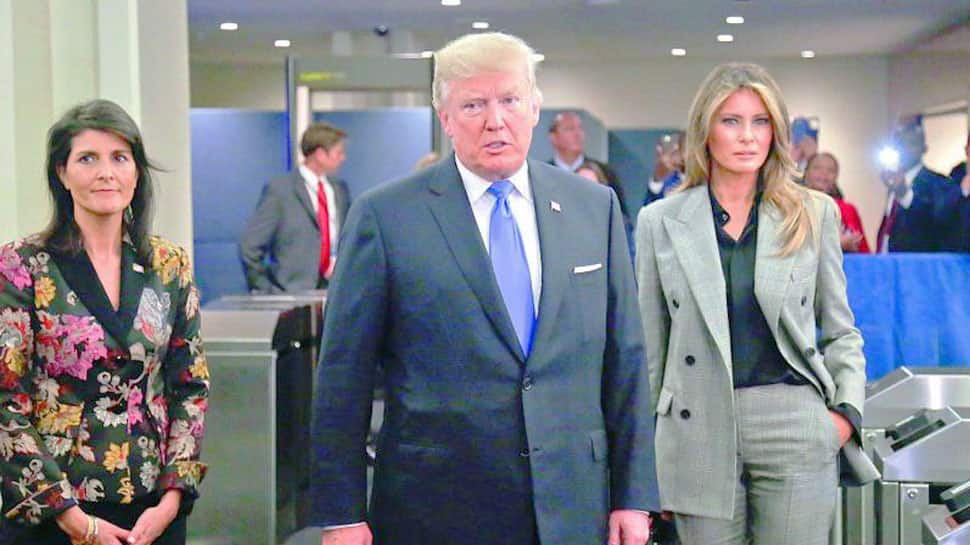 US Ambassador Nikki Haley has slammed rumours that she was having an affair with President Donald Trump as "highly offensive" and "disgusting."

The rumours stem from author Michael Wolff of the best-seller "Fire and Fury," who suggested in an interview that Trump was having an affair and that the liaison was with someone detailed in his book.

Wolff wrote in his book that Haley, the most high-profile woman in Trump`s administration, was positioning herself as the president`s heir apparent.

In an interview with Politico`s Women Rule podcast on Thursday, Haley shot down talk of being romantically involved with the US president.

"It is absolutely not true," Haley said. "It is highly offensive, and it`s disgusting."

She hit back at Wolff`s assertion in his book that she was spending a lot of private time with Trump on his presidential plane and in the Oval Office.

"I have literally been on Air Force One once and there were several people in the room when I was there," Haley said.

"He says that I`ve been talking a lot with the president in the Oval about my political future. I`ve never talked once to the president about my future and I am never alone with him."

Haley attributed the rumours to sexism from a "small group of men" uneasy with strong-willed women.

"Most men respect women but there is a small group of men, that if you just do your job and you try and do it well and you are outspoken about it, they resent it. And they think the only option is to bring you down," she said.

The former South Carolina governor who backed Trump rival Marco Rubio for the Republican nomination said she and Trump are in agreement on almost all policy issues.

"We get along great, and I agree with almost everything that he has done," she said.