'No satisfactory plan' with US on Syria safe zone, says Erdogan

After Trump announced the withdrawal of all 2,000 US troops in northern Syria, he had proposed setting up a "safe zone" for Kurds. 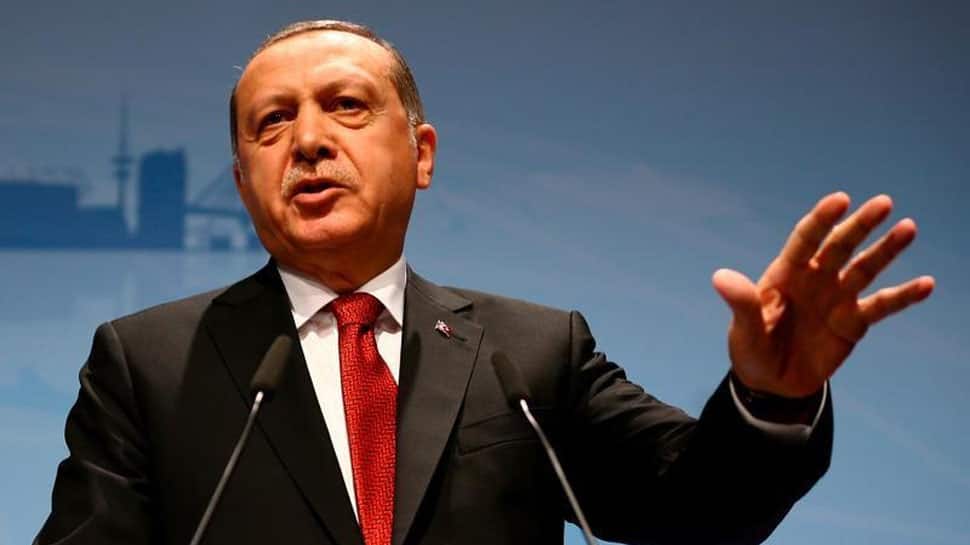 Ankara: Weeks after United States President Donald Trump suggested the creation of a "safe zone" in northeastern Syria, Turkish President Recep Tayyip Erdogan said that no acceptable plan has been tabled for the same.

In a parliamentary meeting on Tuesday, Erdogan said: "There is no satisfactory plan that is put before us concretely yet," reported Al Jazeera."Of course, we are loyal to our agreements, our promise is a promise. But our patience is not limitless," he added.

After Trump announced the withdrawal of all 2,000 US troops in northern Syria, he had proposed setting up a "safe zone" for Kurds. Turkish President had backed the move following a telephonic conversation with Trump in January.

He said the 32 km-deep zone is to be created inside Syria along the length of the country`s border with Turkey. Erdogan had said he expected the safe zones to be set up within a few months, otherwise, it would form a `buffer zone` without the help of other countries.

He said the zone will also help protect Turkey from "terrorists," referring to the Kurdish militia backed by the US, which controls the areas in northeastern Syria along the Turkish border.