A spokesman for North Korea`s foreign ministry accused the US of trying to shift the blame for the breakdown of the summit between North Korean leader Kim Jong Un and US President Donald Trump. 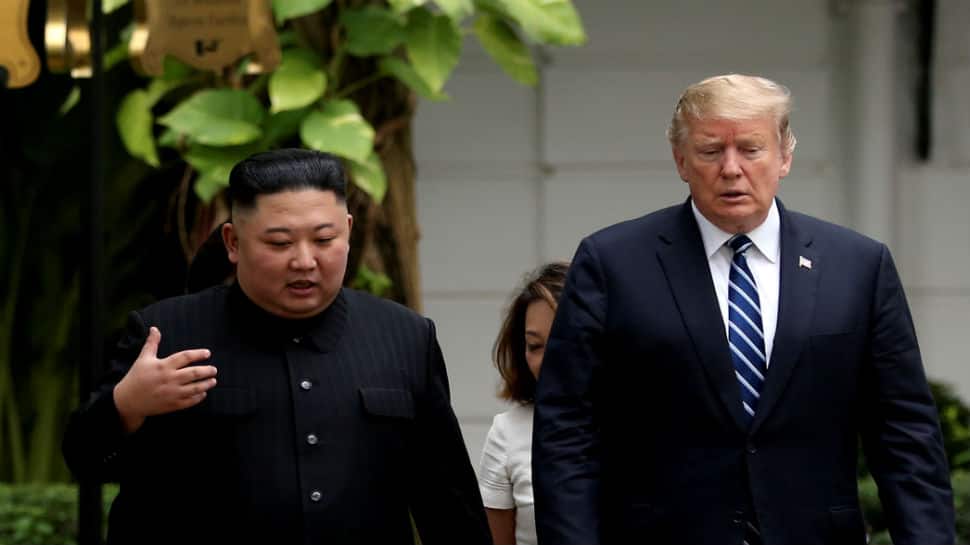 SEOUL: North Korea said on Friday an "arbitrary and dishonest" U.S. position had resulted in the failure to reach a deal during a second North Korea-U.S. summit, warning the nuclear issue would never be resolved without a new approach.

A spokesman for North Korea`s foreign ministry accused the United States of trying to shift the blame for the breakdown of the summit between North Korean leader Kim Jong Un and U.S. President Donald Trump in February by raising a "completely irrelevant issue". He did not elaborate.

"The underlying cause of setback of the DPRK-U.S. summit talks in Hanoi is the arbitrary and dishonest position taken by the United States, insisting on a method which is totally impossible to get through," the unidentified spokesman said in a statement carried by the official KCNA news agency.

"The United States would not be able to move us even an inch with the device it is now weighing in its mind, and the further its mistrust and hostile acts towards the DPRK grow, the fiercer our reaction will be."

The official was referring to North Korea by the initials of its official name - the Democratic People`s Republic of Korea. The statement was the latest criticism of the United States since the failed summit in Vietnam, where Kim had sought sanctions relief in return for the partial dismantling of North Korea`s nuclear programme.

Trump called for a full roadmap for denuclearisation including the transfer of bombs to the United States. Tension has again mounted in recent weeks. The North fired short-range missiles early this month and Washington unveiled the seizure of a North Korean ship suspected of illicit coal shipments in breach of sanctions.

Kim has set a year-end deadline for the United States to show more flexibility, but Trump and other U.S. officials have brushed that aside, calling for Kim to take action on a commitment to denuclearise. Unless the United States offered a new method of calculation, the stalled nuclear talks would never be restarted, the foreign ministry spokesman said.

"And by extension, the prospect for resolving the nuclear issue will be much gloomier," the official said.