The pledge to dismantle it had been seen as a confidence-building measure between Pyongyang and Washington. 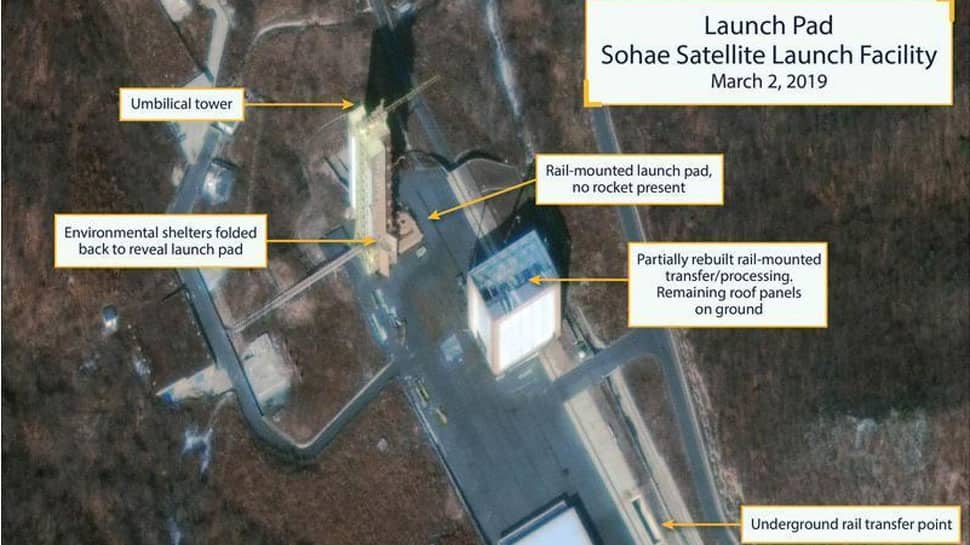 Washington: New satellite images of North Korea suggest it is restoring a rocket launch site it had pledged to dismantle, analysts said. The images were taken two days after talks between US President Donald Trump and North Korea`s Kim Jong-un ended on February 28, without reaching a deal on denuclearisation.

The Tongchang-ri site has been used for satellite launches and engine testing, never for ballistic missile launches, the BBC reported. Work to dismantle it began in 2018 but stopped as the US talks stalled.

The pledge to dismantle it had been seen as a confidence-building measure between Pyongyang and Washington. The US on Tuesday warned North Korea could face yet more sanctions should Pyongyang not take steps to denuclearise.

In an interview with FOX Business Network, US National Security Adviser John Bolton said Washington would see whether the Pyonyang was still serious about the negotiations and was committed.

"If they`re not willing to do it... they`re not going to get relief from the crushing economic sanctions that have been imposed on them and we`ll look at ramping those sanctions up in fact," Xinhua quoted Bolton as saying.

The satellite evidence, coming from several US think tanks and testimony from the South Korean intelligence service, appears to show rapid progress has been made in rebuilding structures on the rocket launch pad at the Sohae site at Tongchang-ri.

"This distinction is important," Jenny Town, managing editor of monitoring group 38 North, told the BBC. "The North Koreans likely see the rebuilding not as an active part of their missile program, but of their civilian space programme -- a distinction they have made repeatedly in the past.

"One would assume, the rebuilding of these structures signals a diminished lack of trust in the process," said Town.

The second summit between Trump and Kim ended last week in Hanoi without any deal or agreement. The two leaders were unable to agree on how far North Korea should progress with denuclearisation before it was granted some sanctions relief.

Observers have warned though that adding fresh sanctions could completely stall the peace efforts."North Korea always reacts to the imposition of more sanctions in the same way: defiantly," Town said. "Imposing new sanctions now is only going to deflate whatever political will there may be to keep negotiating."

Bolton on Sunday said that Washington`s "program of maximum pressure will continue" on Pyongyang, which had "brought them to the table in the first place".

Talks with Taliban focus on four key issues to end the Afghan war: US