Observance of Diwali in America an important reminder of religious liberty: Donald Trump

"The observance of Diwali throughout America is an important reminder of the significance of one of our Nation's core tenets - religious liberty," Donald Trump said in his statement. 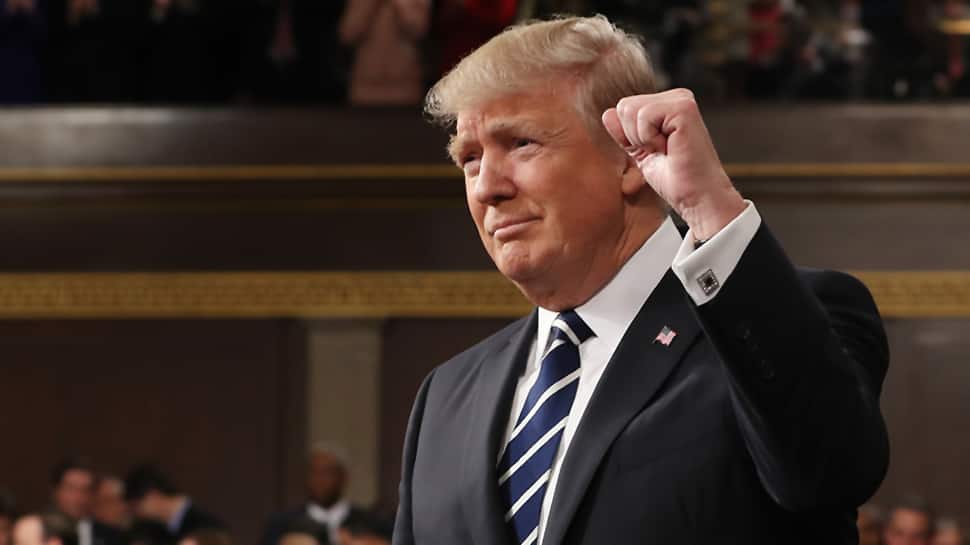 New Delhi: United States President Donald Trump on Friday greeted people who celebrate Diwali and said that the observance of the festival across the country is an important reminder of one of its core values - religious liberty.

"As Diwali commences, Melania and I wish those observing the Festival of Lights a blessed and happy celebration," Trump said according to a White House statement.

"For many Hindus, Jains, Sikhs, and Buddhists in the United States and around the globe, this sacred period is an opportunity to commemorate the victory of light over darkness, good over evil, and knowledge over ignorance. Throughout this holy time, members of these faiths engage in prayer, light diyas and lanterns, and partake in traditional feasts and other festivities with friends and family," he added.

A day earlier, Trump had celebrated Diwali in the Oval Office with a small group of Indian-Americans.

The US President further said, "The observance of Diwali throughout America is an important reminder of the significance of one of our Nation's core tenets - religious liberty."

In his Diwali message, Trump also vowed to defend the rights of the people of America, across all faiths.

"My Administration will continue to defend the rights enshrined in our Constitution that enable people of all faiths to worship according to their beliefs and conscience. We pray that this year's observance brings love, joy, and eternal peace," he said.

Diwali is being celebrated in India on October 27.  As per Hindu mythology, the festival marks the return of Lord Ram after his victory over the demon king Ravana in distant Lanka, as well as the culmination of his 14-year-long exile.

The festival is also celebrated to honour Goddess Lakshmi.