An off-duty soldier who was at the Texas mall near Saturday's deadly mass shooting was hailed as a hero after recounting how he and another man tried to carry children to safety. 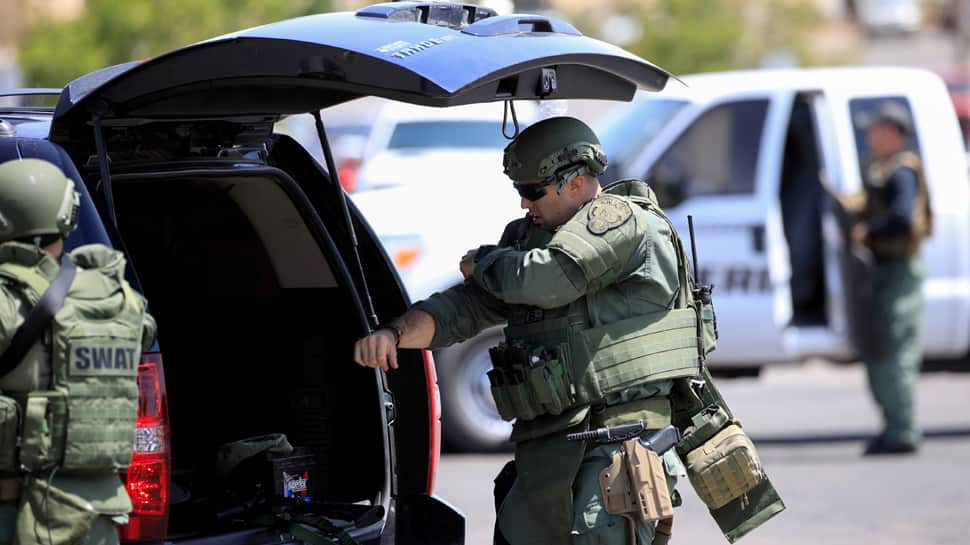 An off-duty soldier who was at the Texas mall near Saturday's deadly mass shooting was hailed as a hero after recounting how he and another man tried to carry children to safety.

Army Specialist Glendon Oakley described for local television channel KTSM how he was buying a sports jersey at El Paso's Cielo Vista Mall when a kid ran into the store and said there was an active shooter at the nearby Walmart.

"I walked out and I go to Foot Locker and all I hear is 'Bang', 'Bang'," Oakley told KTSM.

He said he recently received a license to carry a firearm and had his gun with him. "We're trained, when you hear gunshots, to pull out your weapon and think fast," he said. "It's a feeling that you can't explain."

Oakley said that as he tried to make it to the parking lot he saw "a whole bunch" of children running around without their parents, some crying.

"So I pick up as many as possible and carry them with me and another guy does as well," he said, before apologizing to the KTSM reporter: "I'm sorry, I'm shaking."

Police said a white male in his 20s was taken into custody without incident after the shooting.

When Oakley made it to the mall's parking lot, there was more drama to come.

"When I got out I guess one of the cops thought I was the shooter or something, so I had to show him my clip to show it was still full," he said.

As many social media users praised him, Oakley said that in the moment he was more worried for the children than himself. "I was thinking that if my child, if I had one, was in the same predicament, what would I want somebody else to do?" he said.