Ohio shooting: Gunman kills nine in under a minute before being neutralised

The motive behind the shooting was not immediately clear, and investigators believe the individual had acted alone. 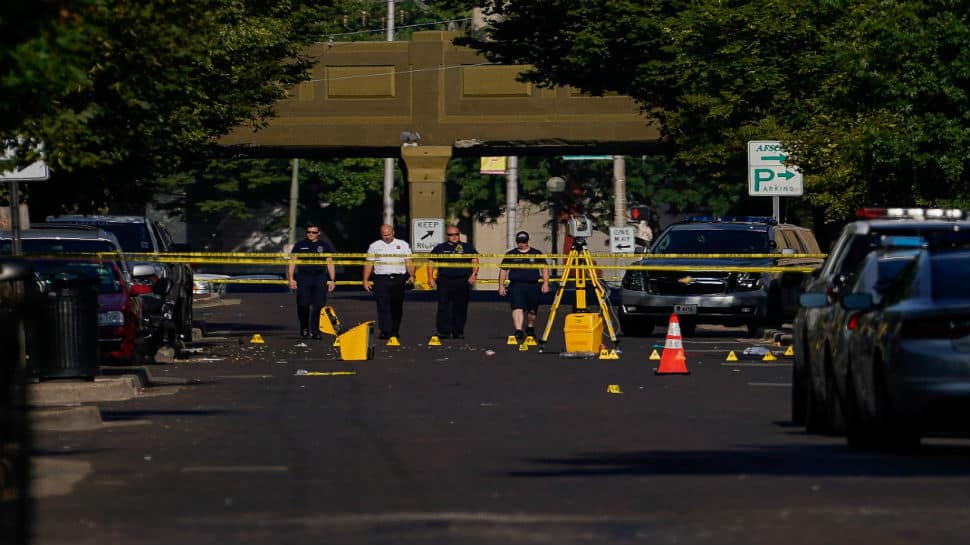 A gunman dressed in body armor opened fire in a downtown district of Dayton, Ohio, early on Sunday, killing nine people and wounding 27 others, authorities said, in the second deadly mass shooting in the United States in less than a day.

Police officers who were on routine patrol nearby arrived on the scene in less than a minute and shot the attacker dead, likely preventing a much higher casualty toll, police and the city's mayor said.

"In less than one minute, Dayton first responders neutralized the shooter. I`m just still completely amazed at the heroic nature of our police department," Mayor Nan Whaley said at a news conference.

The motive behind the shooting was not immediately clear, and investigators believe the individual had acted alone, Carper said. The authorities said they had identified the shooter but were not yet disclosing his name.

Ten people were killed, including the assailant. Twenty seven others were injured, with four people in serious condition and one person in critical, medical authorities said.

Whaley said the suspect was wearing body armor and was armed with a rifle firing .223-caliber rounds from high-capacity ammunition magazines.
Had police officers not confronted the suspect as quickly as they did, "hundreds of people in the Oregon District could be dead today," the mayor said.

FBI agents were assisting in the investigation.

The shooting in Dayton, a riverfront city of about 140,000 people in southwestern Ohio, came just 13 hours after a mass shooting at a Walmart store in El Paso, Texas, where 20 people were killed and 26 others wounded. The 21-year-old suspect in that shooting was arrested.

The Ohio shooting was the third major outbreak of US gun violence, coming seven days after a teenager killed three people with an assault rifle at a food festival in Northern California before taking his own life.

Pope Francis condemned the attacks on "defenseless people" in the US shootings in his Sunday message and blessing from St. Peter`s Square.
The Dayton Daily News said the latest shooting occurred at or near a tavern called Ned Peppers Bar.

The newspaper cited a Facebook post from James Wilson, who said he was a customer sitting on a patio just outside the bar when the shooting occurred in front of the establishment.

"He (a gunman) tried to get into the bar but did not make it through the door," Wilson wrote. "Someone took the gun from him and he got shot and is dead."

One witness, Anthony Reynolds, said he heard gunfire that sounded like it was coming from a high-powered weapon.

Deb Decker, a spokeswoman for emergency services in Montgomery County, Ohio, told CNN the assailant had been making his way to Ned Peppers from another bar when someone grabbed the barrel of his rifle, and he drew a handgun, but was then shot as police arrived.

The mayor said the carnage in Dayton marked the 250th mass shooting in the United States so far this year, a figure that could not immediately be verified.