`One Belt, One Road` initiative of China is blood and rape of Balochs: Baloch leader 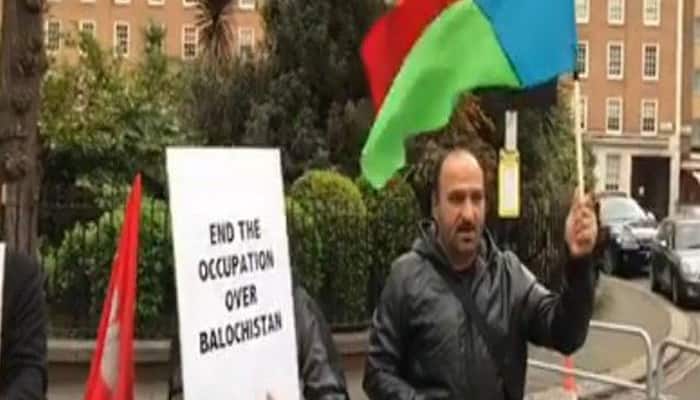 Balochistan: China's One Belt, One Road initiative, of which the USD 46 billion China-Pakistan Economic Corridor is a premier and pilot project, is being slammed by World Baloch Women`s Forum president Naela Quadri Baloch.

Notably, India on Sunday skipped China's Belt and Road forum to oppose the CPEC. However, Pakistan and China vowed to conclude the contentious economic route.

"Why the world leaders are deciding about Balochistan in the name of development?," asked Baloch Kurd liberation activist Naela Quadri Baloch.

Naela Baloch accused the Pakistani Army of carrying out brutal activities in Balochistan.

She said thousands of women are kept in rape cells where they are confined and subjected to brutal sexual assault.

She maintained that her struggle for liberation is not limited to women but extended to all quarters of Balochistan.

"The Baloch lawyers, doctors, and engineers are being kidnapped by the Pakistani Army," she said.

Stating that Pakistan is committing this genocide of the Baloch people with the full support of China as a form of "ethnic cleansing", Naela added: "The International Human Rights is silent despite the atrocities and the level of genocide going on in Balochistan by the Pakistan Army and the Pakistani establishment.”

Accusing the Pakistan Army of having the licence to "kill, rape and torture Baloch people and to take out their organs to sell them", Naela has demanded that the United Nations - which has "turned blind and has closed its ears and mouth" - to wake up and listen what is going on in Balochistan.

"So, the Baloch nation is going to be finished from the face of the Earth and the UN is silent and the international community is silent. It`s a very-very worrisome situation for us," she added.