During an emotional bilingual ceremony held at the Pulse Interim Memorial, where the nightclub is situated and which will remain as a permanent museum, some 2,000 people on Wednesday gathered to remember the victims, survivors and their families, reports Efe news. 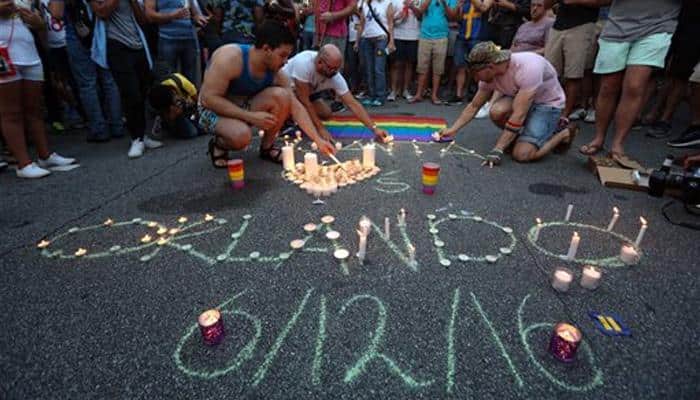 Orlando: The US city of Orlando paid tribute to the 49 people who were killed during a shooting at the gay nightclub Pulse three years ago, with politicians and citizens united in their rejection of hate crimes against the LGBTQ community.

During an emotional bilingual ceremony held at the Pulse Interim Memorial, where the nightclub is situated and which will remain as a permanent museum, some 2,000 people on Wednesday gathered to remember the victims, survivors and their families, reports Efe news.

"In Orlando, we will continue to choose to define our community by what unites us. We will continue to embody what it means to be One Orlando, a city where the work of overcoming the challenges that confront us begins from a place of love, unity and respect," Orlando Mayor Buddy Dyer said in a statement.

"We will never forget them," said Mayor Dyer during the event together with his Orange County counterpart Jerry Demings as both designated June 12 as Orlando United Day.

On the dais, decorated with floral arrangements, photos were shown of the 49 victims of what was then the worst gun attack carried out by a single person in recent US history, until it was surpassed by the Las Vegas shooting in 2017, where 58 people died.

Towards the end of the event, the names of all 49 killed were read out. The gunman, Afghan-born American Omar Mateen, was shot dead by law enforcement that same night.

Florida Governor Ron DeSantis created controversy after signing a proclamation on Tuesday in which he ordered flags to be flown at half-mast to mark the third anniversary but failed to mention the LGBTQ or the Hispanic community in the text.

He was criticized by Democrat lawmakers such as Anna Eskamani, in whose constituency the club is located and who demanded an apology.

As a result, DeSantis put out a tweet Wednesday saying "Today @FLCaseyDeSantis and I joined the LGBTQ and Hispanic communities in Orlando to pay our respects as our state and nation mourn and honour the precious lives that were lost three years ago at Pulse Nightclub."