Over 50 killed as Turkey-Syria offensive continues

Of the 11 victims, five people, including a Syrian baby, were reportedly killed in Kurdish shelling of Turkish border towns. 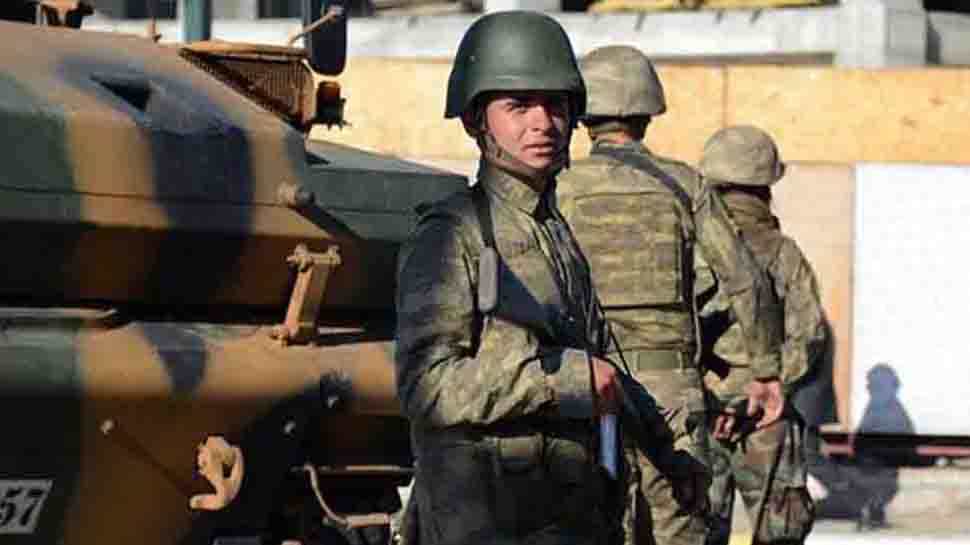 Damascus/Ankara: More than 50 people, including civilians, have been killed as the Turkish offensive in Syria, which was launched by President Recep Tayyip Erdogan aimed at pushing the Kurdish forces away from its border, entered its third day on Friday.

The Kurdish Red Crescent said there had been 11 confirmed civilian deaths so far and 28 serious injuries, mostly in Ras al-Ain and another border town, Qamishli, reports the BBC.

Of the 11 victims, five people, including a Syrian baby, were reportedly killed in Kurdish shelling of Turkish border towns.

The UK-based Syrian Observatory for Human Rights reported at least 29 deaths among the Kurdish-led Syrian Democratic Forces (SDF) and 17 from the Syrian National Army, as more than 10 villages fell into Turkish hands.

Tens of thousands of people have fled homes in the area, as international calls to halt the offensive launched by Erdogan on Wednesday have increased.

Turkey moved into northern Syria on Wednesday after US President Donald Trump pulled American troops out of the area.

Turkey has defended the offensive as a bid to create a "safe zone" free of Kurdish militias which could also house Syrian refugees.

Turkey regards the Kurdish militias of the SDF - which have controlled the cross-border areas - as "terrorists" who support an anti-Turkish insurgency.

The SDF have been key allies of the US in the battle against the Islamic State (IS) terror group.

Turkey wants to create a "safe zone" running for 480 km along the Syrian side of the border but says it will not advance deeper than a planned 32 km limit.

Turkey`s Anadolu news agency said late Thursday that 228 Kurdish militants had been "neutralised" since the start of the operation.

Aid groups have said that as many as 450,000 people could be forced to move.

The UN Security Council discussed the situation on Thursday at the request of its current five EU members - the UK, France, Germany, Belgium and Poland - who are calling for Turkey to halt its military offensive.