In 2018, Mizokami was awarded for his contribution to the Indian literature, including Hindi. 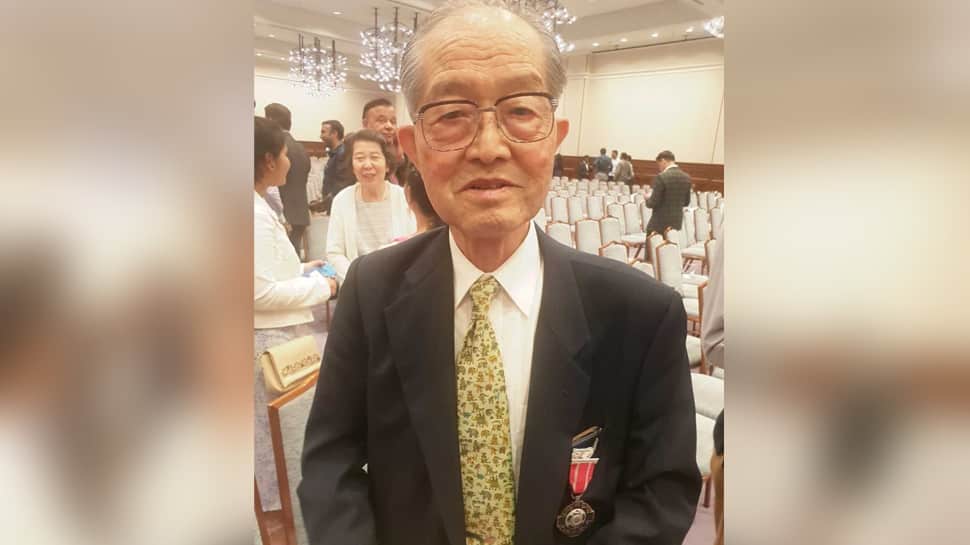 Japanese citizen Tomio Mizokami, who was honoured with the Padma Shri award, on Thursday expressed his happiness on meeting Prime Minister Narendra Modi, his love for the Indian culture and the Hindi language. In 2018, Mizokami was awarded for his contribution to the Indian literature, including Hindi. The Padma Shri awardee speaks Hindi fluently as if his first language.

Born in Kobe, Mizokami said that the city had the biggest Indian community, influencing him over his growing years. "I was influenced by them. I wanted to learn about India and Indian language. I chose Hindi department at my university and Hindi as my subject," said Mizokami. Speaking on the award, Mizokami said, "I don't know why I was chosen... At least I contributed something to Hindi and other Indian languages.

On PM Modi waving and speaking to him at the community event in Kobe on Thursday, Mizokami said, "The Prime Minister said, 'Aap theek hai, aap achi tarah se hai?' How can I express my feelings, I am so happy."

Regarding his love for the Indian culture, Mizokami said, "It's very difficult to express. I like the dedication of the people towards the country and its culture. There is unity in diversity in the nation that I like. India is a multilingual and multicultural nation. In spite of diversity, there is Indianess. I like old Hindi songs like 'mera juta hai Japani'."