Qureshi came inside the room only when the EAM Jaishankar had left and cited India's decision to remove the special status for Jammu and Kashmir as the reason behind his action. He claimed to have the support of SAARC nations to host the SAARC head of nation summit in Islamabad. 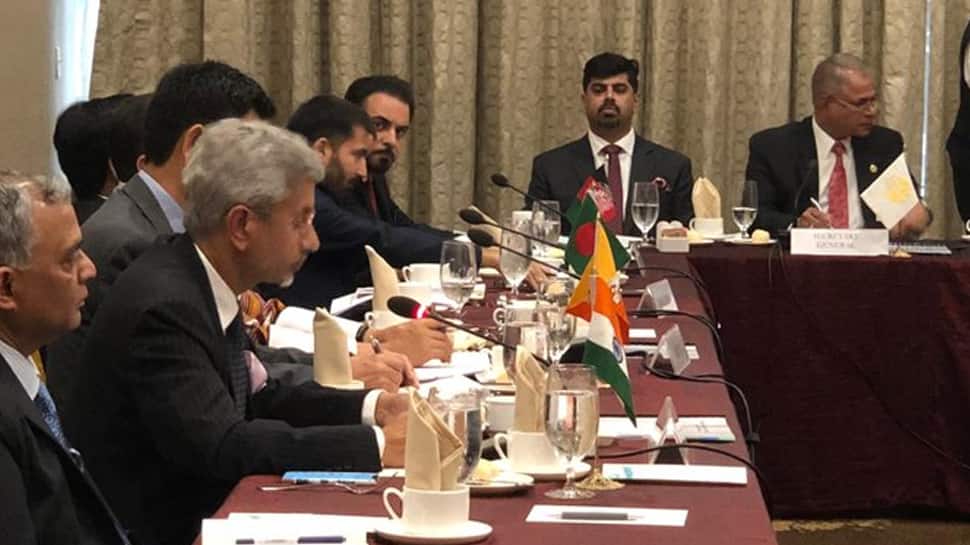 New York: The annual SAARC foreign ministers meet, on the sidelines of the United Nations General Assembly (UNGA), saw high voltage drama after Pakistan's Foreign Minister SM Qureshi held up the meeting, refusing to attend the meet until External Affairs Minister S Jaishankar's statement was over. Referring to the incident, unheard of at an international level, Indian officials called it a drama by Pakistan. The government sources said that it is up to Pakistan to create a conducive environment.

The meet on Thursday, nonetheless, started without Qureshi. The official Twitter account of Pakistan Tehreek-e-Insaaf (PTI), the ruling party, said that the boycott was over the Kashmir matter.

Qureshi came inside the room only when the EAM Jaishankar had left and cited India's decision to remove the special status for Jammu and Kashmir as the reason behind his action. He claimed to have the support of SAARC nations to host the SAARC head of nation summit in Islamabad.

After Jaishankar's speech, Pakistan's Foreign Minister said, "The good development is, SAARC summit that was to happen in Islamabad in 2016, we are ready to host it. I invited SAARC ministers to Islamabad for the summit. The next summit will happen in Islamabad. No one objected to it." But when asked if India has agreed too and if PM Modi will travel to Islamabad, the Pakistani FM had no reply.

According to sources, Pakistani FM suggested it can put forward the dates of next summit to which Nepal, the chair of the grouping, said this is an informal meet and not a forum to decide the next summit.

The Indian press also tried asking questions on terrorism and Pakistan going to UNSC to get "basic expense" to Qureshi but got no response from Qureshi, who was keen to talk on Kashmir.

In 2018, SAARC Foreign ministers saw a lot of attention as India's then external affairs minister late Sushma Swaraj left the room early leading to an angry Pakistani FM Qureshi coming out and making unwarranted remarks to the standing press. India's focus has been BIMSTEC since the cancellation of SAARC summit in 2016 in the aftermath of the Uri terror attack. India along with Bhutan, Bangladesh, Sri Lanka, Afghanistan, Maldives had boycotted the summit in Islamabad.