On October 18, PPP chairman Bilawal Bhutto-Zardari had also called for the anti-government demonstrations and expressed support to JUI-F`s `Azadi March`. 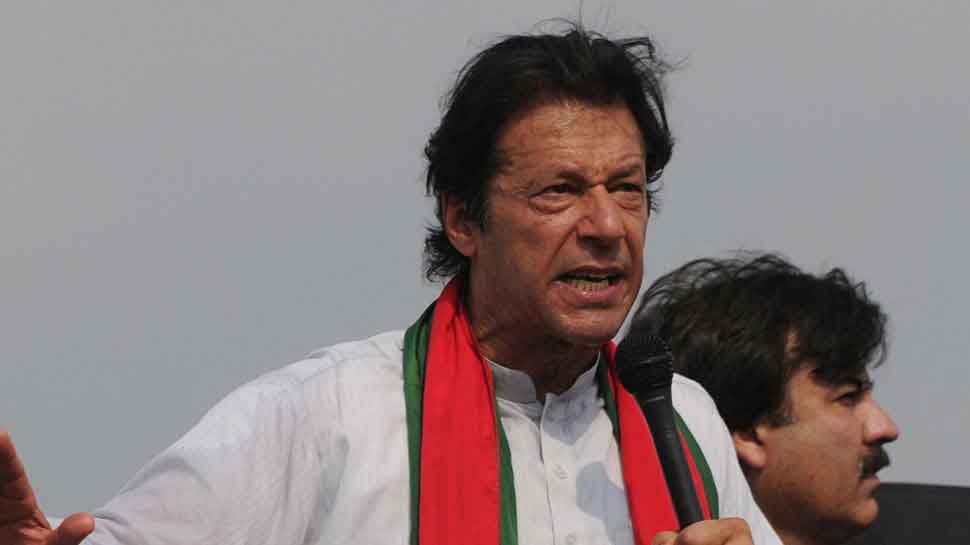 Islamabad: Prime Minister Imran Khan will not put down his resignation papers 'under any circumstances', the federal government said on Saturday after the opposition parties called off negotiations and vouched to go ahead with their 'Azadi march' to hold anti-government protests countrywide over the incumbent government's failure to fulfil any of its promises so far.

Khattak was accompanied by Education Minister Shafqat Mehmood, who is also a member of the committee formed by the prime minister particularly with the aim to hold talks with the opposition parties.

The development comes after Jamiat Ulema-e-Islam-Fazl`s (JUI-F) chief Maulana Fazlur Rehman had refused to call off his October 31 anti-government march, backed by the Pakistan Muslim League-Nawaz (PML-N) and the Pakistan Peoples Party (PPP), until the prime minister's resignation.

Reiterating the government`s offer to negotiate, Khattak said, "We have included the National Assembly speaker [Asad Qaiser] and the Punjab Assembly speaker [Pervaiz Elahi] in the negotiating committee. The opposition parties should sit down with us and speak to us about their demands, which will be examined.

"The minister said the government was serious about addressing the opposition`s issues."If they have any evidence of rigging [in the 2018 general elections], they can present it to the parliamentary committee formed for this purpose," he proposed.

On October 18, PPP chairman Bilawal Bhutto-Zardari had also called for the anti-government demonstrations and expressed support to JUI-F`s `Azadi March`.

"We don`t accept this artificial democracy... the democratic and socio-economic rights of the masses shall be restored... and for that Imran Khan has to resign," Bhutto had said in his address at a party rally in Karachi.He said all opposition parties had decided that the government must step down.

"Our anti-government movement has started from Karachi," he said, as he announced his plan for further protests across the country.He said the PPP will protest in Thar on October 23, demonstrate in Kashmir on 26th whereas rallies in Punjab will begin from November 1.

"We will tour the entire country and when we return from Kashmir, you [Imran Khan] will have to go...We will expose your incompetence in every nook and corner of the country.

"Meanwhile, the government warned that the opposition parties' refusal to come to the negotiating table on the JUI-F 'Azadi march' meant that they were working on an anti-Kashmir agenda and the state will enforce its writ allowing the "law to take its course" if they went ahead with the rally.

Khattak warned that there could be chaos in the country if the opposition remained stubborn and refused to opt for dialogue. A few weeks ago, the JUI-F chief had termed the current government a result of the fake election and fake results.