In the video message tweeted by @veengas, Meghwar said that she wanted to go to her parents' house since she was not a Muslim and she was being brutally tortured by her husband. 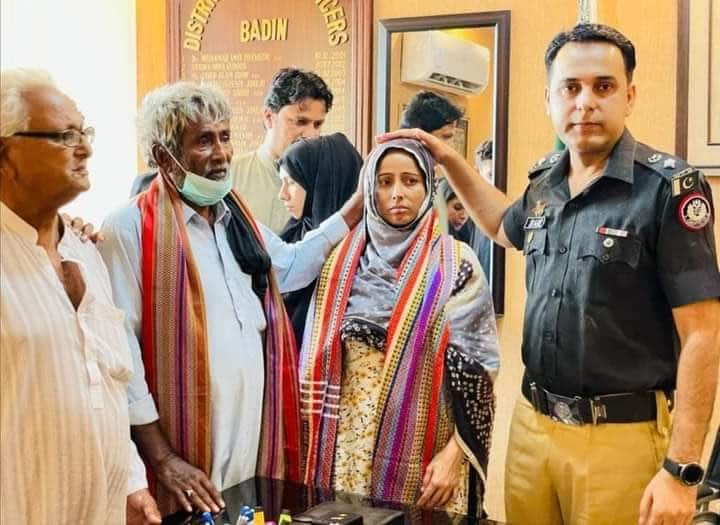 New Delhi: A Hindu woman in Pakistan, Reena Meghwar, who was forcibly married to Muhammad Qasim and converted to Islam to become Maryam was rescued by Pakistan police and returned to the community heads on Monday (July 26) after a journalist posted a video message of the woman that went viral on the internet.

Meghwar, who hails from the Badin district of Sindh province of Pakistan was married to Qasim, who was more than double her age, in February 2021.

In the video message tweeted by @veengas, Meghwar said that she wanted to go to her parents' house since she was not a Muslim and she was being brutally tortured by her husband.

Reena Meghwar, saying; “I want to go to my home, I am not a Muslim.”
She had been threatened and asked not to give statement in favour of her parents.

Few months ago, she wanted to go back to her home but local police changed her statement.#ForcedConversions pic.twitter.com/A7mLQxVpyb

Sources informed Zee News that after her video went viral, the local Hindu community and leadership gathered and pressurized police to take action following which police raided her husband’s house and rescued Reena.

“She was taken to a local court where her statement was recorded and later she was kept in a safe house before handing over to her parents,” said sources.

In a photograph, the Senior Superintendent of Police, Badin, Shabir Sethar is seen giving blessings to Reena while handing her over to her parents and members of Hindu community.

Earlier in April, a video of Reena had gone viral in which she was seen standing on a rooftop and crying for help from her neighbours.

When she was taken to the police station, Reena refused to record her statement that she was tortured or was forcibly married to Qasim.

“We believe that she was under immense pressure which has now proved right,” said sources.

Notably, a large number of gullible Hindu girls are forced to marry Muslim men in Pakistan. Before marriage, these girls are made to embrace Islam with police looking away at such developments and often even help the ‘culprits’.

China accuses US of creating 'imaginary enemy' during high-level talks