Pakistan reaches 'agreement in principle' with IMF over bailout

The long-delayed rescue package would be Pakistan`s 13th IMF bailout programme since the late 1980s and comes at a time of worsening economic outlook for the South Asian nation of 208 million people. 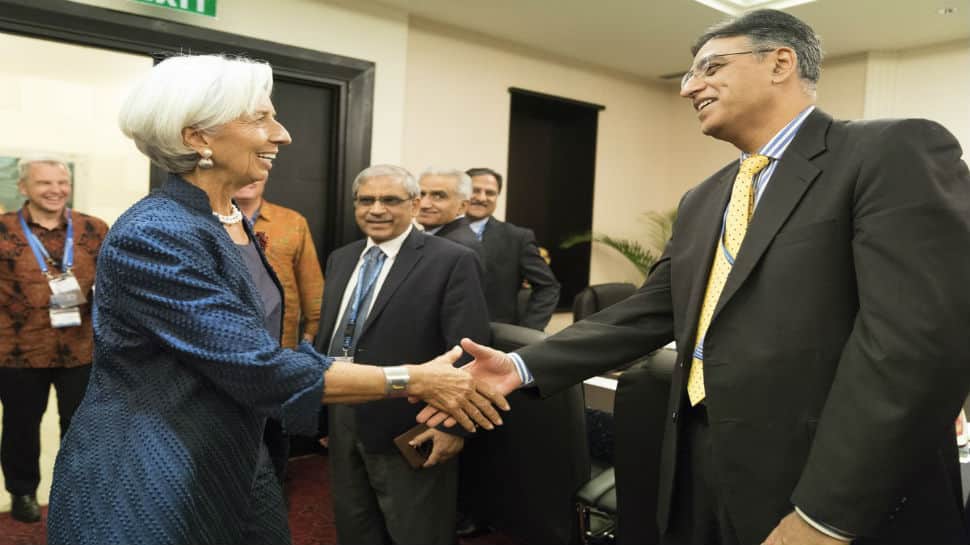 Islamabad: Pakistan has reached an "agreement in principle" with the International Monetary Fund (IMF) over a bailout programme and expects to formally secure a rescue package later this month, a Pakistani minister said on Monday.

The long-delayed rescue package would be Pakistan`s 13th IMF bailout programme since the late 1980s and comes at a time of worsening economic outlook for the South Asian nation of 208 million people.

Earlier this month, Finance Minister Asad Umar visited Washington for meetings with the IMF, which on Monday called the talks "constructive discussions".

Muhammad Azhar, state minister for revenue, tweeted that an "agreement in principle has been reached on all outstanding issues with IMF" during Umar`s trip.

"Technical details and formalities will now be finalised during the IMF`s staff level visit to Pakistan later this month," Azhar added.

The IMF said on Monday its mission team will be visiting Islamabad before the end of April.

Pakistan`s central bank last month lowered growth forecasts and raised interest rates at a time when inflation is at a five-year high. The rupee currency has also lost about 35 percent since December 2017.

The bailout has been delayed since last year as Pakistani officials have said they worry conditions attached to the proposed IMF loans could hurt economic growth.

Analysts have been expecting the package to be concluded this month but say the contours of any proposed assistance programme are unclear.

"There are questions if there will be any further devaluations, how much interest rates will be hiked, what taxation measures are expected of Pakistan, and will there be any further increase in electricity or gas prices?" said Saad Hashemy, Chief Economist for Pakistani brokerage house Topline Securities.

The government of Prime Minister Imran Khan, who took power in August, has obtained temporary relief from close allies such as China and Saudi Arabia with short-term loans worth more than $10 billion to buffer foreign currency reserves and ease pressures on the country`s current account.

But analysts have called an IMF bailout inevitable, with Pakistan also facing an increasing fiscal crunch ahead of the annual budget spending review for the next financial year starting July 1.

Khan`s government is facing increasing public anger over rising utility prices, many of which have been subsidized by successive cash-strapped governments.

Inflation was over 9.4 percent in March, its highest since November 2013, with strong increases in food and energy, the two most sensitive items for most consumers.

The central bank forecasts growth at 3.5 to 4 percent in the 12 months to end-June, well short of a government target of 6.2 percent. The IMF paints a gloomier picture, predicting Pakistani growth of 2.9 percent in 2019 and 2.8 percent the following year.