Hopkins said that she had gone to the protest to show her support for the peaceful Indian diaspora and Prime Minister Narendra Modi but was called a 'slut or whore'. She also added that the Pakistani mob was bussed into London and allowed to protest to disrespect the religious festival, adding that most of them were men. 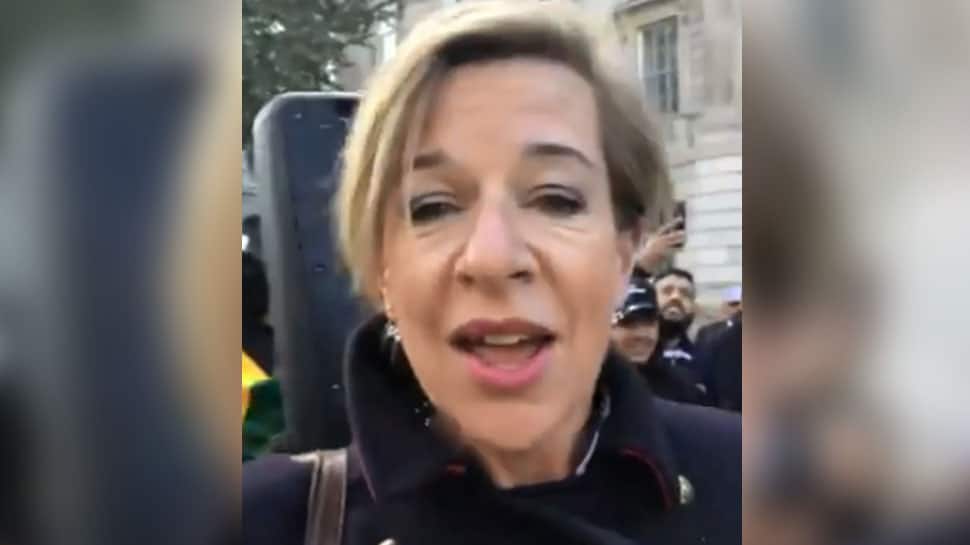 In a shocking incident, British media personality Katie Hopkins was heckled and jeered by a Pakistani mob staging a protest against India in London, UK, on the occassion of Diwali. In two separate videos posted by Hopkins, on micro-blogging platform Twitter, she stated how upsetting the protests were as she was booed by the crowd.

Apologising over the protests, Hopkins called it shameful that Britain had allowed Muslims to protest on Diwali. Hopkins said that she had gone to the protest to show her support for the peaceful Indian diaspora and Prime Minister Narendra Modi but was called a 'slut or whore'. She also added that the Pakistani mob was bussed into London and allowed to protest to disrespect the religious festival, adding that most of them were men.

The media personality thanked the London's Metropolitan Police Service for their generous assistance.

"A Pakistani Muslim mob in London allowed to protest on the religious festival of #Diwali2019. I went along to show my support for the peaceful Indian diaspora & #Modi. This was the treatment I faced. This is the Pakistani mob bussed into London to disrespect the religious festival of #Diwali2019. Mostly men. Mostly calling me a ‘slut’ or ‘whore’. My thanks to @metpoliceuk for their generous assistance," tweeted Hopkins.

"It is deeply shaming that Britain has allowed Muslims to protest on the religious festival of #Diwali2019. I am so sorry. Decent Brits stand with Modi and our peaceful Indian diaspora," she tweeted.

Earlier, extending her wishes to Indians on the occassion, she had tweeted, "A very #HappyDiwali2019 to our lovely Indian friends in Britain and around the world. I stand with you. Not just in words.... more from me later today xx"

According to news agency IANS, there was also a counter-protest by a large group of Kashmiris from Pakistan occupied Kashmir (PoK) in front of the Pakistan High Commission. To counter the anti-India protests, British Indian groups hired a digital billboard vehicle to traverse central London streets to spread the "inclusive" message of Diwali. The vehicle, with a giant screen mounted on it, was seen doing the rounds of the streets of central London with Diwali music and flashing messages, like "Dear Pakistani and Pak-Occupied Kashmir Friends, Happy Diwali".

Meanwhile, the Kashmiris from PoK, who were protesting outside the Pakistan High Commission, were chanting - "Yeh jo dehshat gardi hai. Uss ke peechey wardi hai" targeting the Pakistani army for their oppression, according to IANS.

Meanwhile, security was tightened at the Indian High Commission in London as anti-India protesters gathered to demonstrate there.

British Prime Minister Boris Johnson last week said that "violence and intimidation are wholly unacceptable", in response to a question by a lawmaker over reports of the planned protest by the Pakistanis. Johnson asked Home Secretary Priti Patel to speak to the police to take care of the issue.

Timeline: Anatomy of a raid - how the United States took out Baghdadi