Reacting to the incident, the former president of the Delhi Sikh Gurdwara Management Committee told Zee News that it is a 'highly objectionable' act that has 'severely hurt' the Sikh religious sentiments. 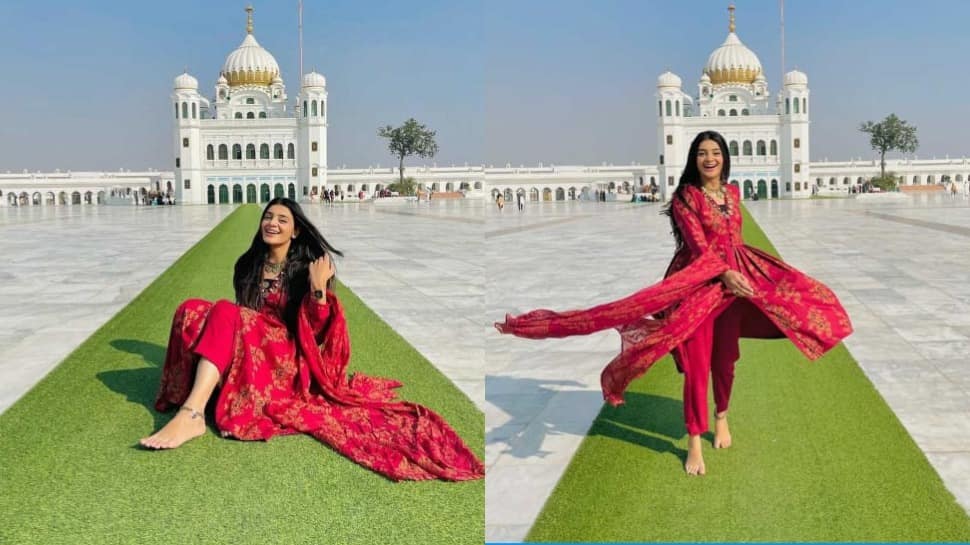 New Delhi: A Pakistani model has stirred controversy after she posed 'bare head' for a women's clothing ad in the Kartarpur Gurdwara Darbar Sahib.

According to sources, the woman who runs 'Mannat', a ready-to-wear women’s online clothing store in Pakistan, got a photoshoot done in the Gurdwara Darbar Sahib complex in the recent past with the model posing bare head with her back towards the Gurdwara.

The owner of the online store also posted several 'highly objectionable' pictures of the bare head model on her social media account.

In the photographs, the woman is seen wearing a red suit posing for the camera without covering her head with the Gurdwara Darbar Sahib in the background. 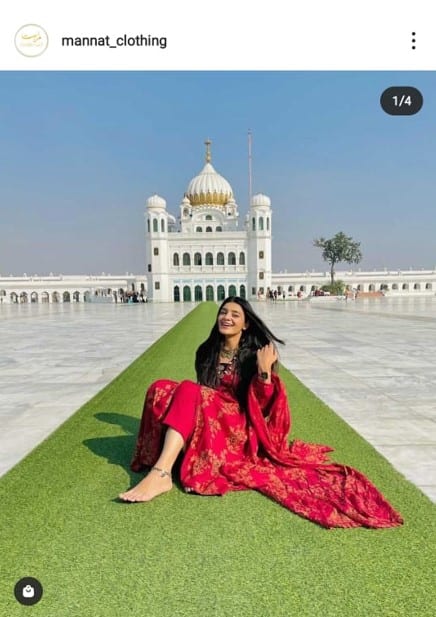 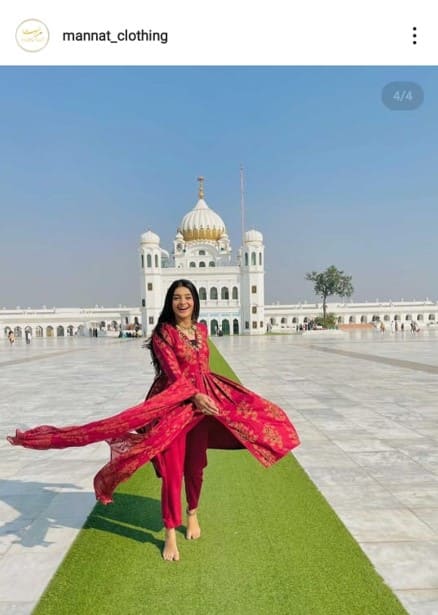 This is noteworthy that the Shiromani Gurdwara Parbandhak Committee, the single largest representative body of Sikhs, has pasted posters inside the gurdwara complex cautioning devotees to not shoot entertainment videos after a few of them were ‘caught’ shooting TikTok videos.

Reacting to the incident, former president of Delhi Sikh Gurdwara Management Committee Paramjit Singh Sarna told Zee News that this is a 'highly objectionable' act that has 'severely hurt' the Sikh religious sentiments.

Sarna said that he would take up the issue with the Chairman of Pakistan Evacuee Trust Property Board Dr Amar Ahmad on priority and ask him to make the PMU staff aware of the Sikh 'rehat maryada' (Sikh code of religious conduct).

He called upon Pakistani authorities to place written instructions in Urdu about Sikh 'Maryada'. He also urged the Pakistan Sikh Gurdwara Prabandhak Committee (PSGPC) and local authorities in Narowal that visitors to the historical shrine must be sensitised about the Sikh code of conduct applicable at gurdwaras.

“Instructions should be placed in Urdu and English for head-covering and about not showing the back to the holy site,” he said in a media statement.

Sources didn’t rule out the possibility of the Project Management Unit (PMU), a department created by the Pakistan government to exclusively run the affairs of Gurdwara Darbar Sahib, Kartarpur Sahib, charging for the shoot out in the Gurdwara complex to increase its income.

Former general secretary of SGPC Kiranjot Kaur said that the commercialization of a religious place was highly objectionable.

"It is wrong and authorities must act on it immediately," she said.

Mehul Choksi, the fugitive PNB scam accused, fears he may be 'coerced and kidnapped again'