Pakistan-based Dawn News quoted a Foreign Office statement as saying that Imran will raise the issue of Jammu and Kashmir on all platforms. 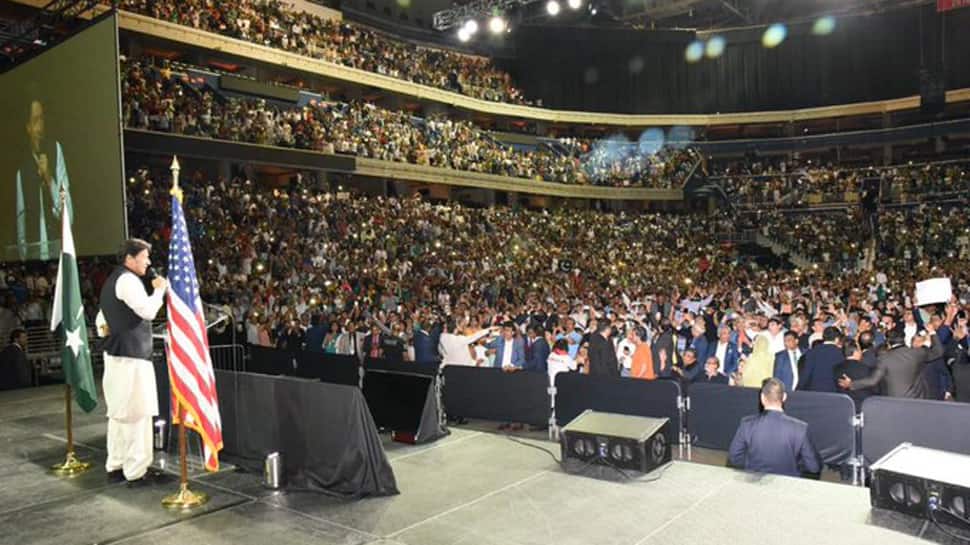 Pakistan Prime Minister Imran Khan is slated to reach the US on Saturday for the United Nations General Assembly. According to Pakistani media, Imran is likely to focus his visit on the issue of abrogation of Article 370, which granted special status to Jammu and Kashmir.

Pakistan-based Dawn News quoted a Foreign Office statement as saying that Imran will raise the issue of Jammu and Kashmir and “its current human rights and related dimensions”. He is scheduled to address the UNGA on September 27.

The report further said that apart from the UNGA, the Pakistan Prime Minister will raise the J&K issue of a wider platform, through different meetings and bilaterals. Imran is also expected meet heads of major international human rights organisations.

Country’s Foreign Minister Shah Mahmood Qureshi will also be attending the UNGA session, which would be addressed by Imran Khan. He is also slated to hold different meets over the issue of abrogation of Article 370 by Prime Minister Narendra Modi-led NDA government.

While the Pakistani premier will continue to run from pillar to post over Kashmir, Prime Minister Modi will be attending a grand event – Howdy Modi – in Houston, Texas, ahead of the UNGA. US President Donald Trump has also decided to be a part of Prime Minister Modi’s biggest interaction with Indian Americans.

Prime Minister Modi too has left for a week-long US visit. Modi has suggested that he would present India as “vibrant land of opportunities”.

Notably, Pakistan had rejected India’s request to allow the use of its air space for Modi’s flight. A formal request made by New Delhi was rejected by Islamabad, days after the same was denied to President Ram Nath Kovind.

Rejecting India's plea, Pakistani Foreign Minister Qureshi had said, “India had requested for PM Modi's plane to use Pakistani airspace..but looking at Indian action in Kashmir we have decided not to give permission and we have conveyed this too to Indian high commission.”