Even as Jammu and Kashmir gets ready to celebrate the 73rd Independence Day on August 15, Pakistan President Arif Alvi on Wednesday appealed to his countrymen to unleash propaganda on the social media targeting India on the Kashmir matter, in yet another futile attempt to malign its eastern neighbour. 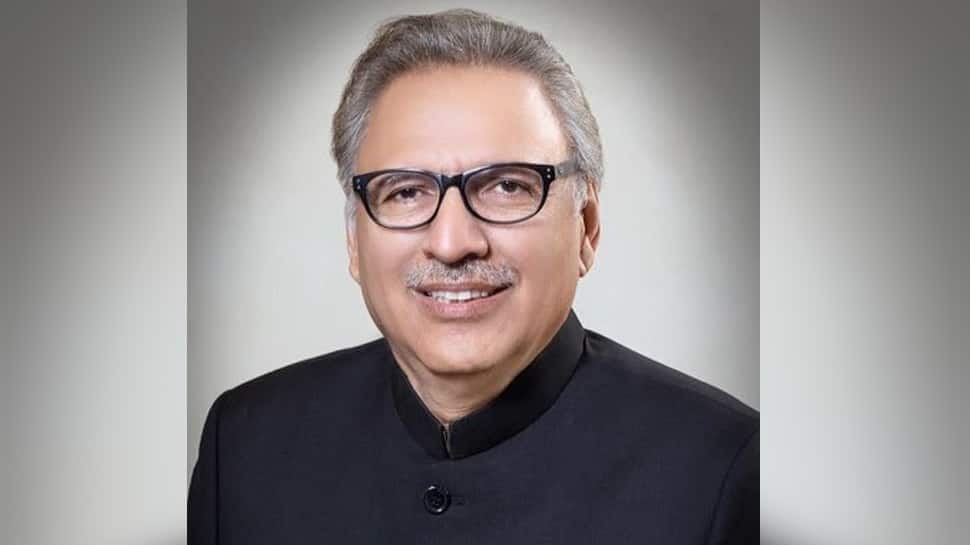 Pakistan has always indulged in nefarious and diabolic propaganda on Kashmir and despite being isolated internationally, the country is not ready to learn any lessons. Even as Jammu and Kashmir gets ready to celebrate the 73rd Independence Day on August 15, Pakistan President Arif Alvi on Wednesday appealed to his countrymen to unleash propaganda on the social media targeting India on the Kashmir matter, in yet another futile attempt to malign its eastern neighbour.

Pakistan has been making repeated attempts to corner India on all platforms, including international, by levelling false and malicious accusations since the Prime Minister Narendra Modi-led NDA government ended the special status granted to Jammu and Kashmir under Article 370. But all such efforts have failed to yield any positive result with all the major powers and the United Nations Security Council refusing to intervene and have instead backed India's stand.

Addressing the nation on Pakistan's 73rd Independence Day, Alvi instigated the citizens of his country to resort to "fully utilise social media to expose the heinous crimes committed by India against Kashmiris", reported local media. Calling Pakistan a "peace-loving country" Alvi said that the country "wants to resolve the issue of Kashmir through negotiations and dialogue. However, India should not misunderstand our policy of peace as our weakness".

Asking India to be reasonable, Alvi further said that "Pakistan do not wish war but we will fully defend ourselves if war is imposed on us. The war will not be limited between the countries, rather its impact will be felt in the whole world."

This comes even as India has long maintained, with credible and substantial evidence, that Pakistan harbours terrorists and uses them to wage proxy wars in Jammu and Kashmir. In July 2019, Pakistan PM Imran Khan too had admitted about his country's links with terror groups at an event in the US. "Until we came into power, the governments did not have the political will, because when you talk about militant groups, we still have about 30,000-40,000 armed people who have been trained and fought in some part of Afghanistan or Kashmir," the cricketer-turned-politician-turned-PM had said.

Alvi's statement comes a day after former Pakistan minister Rehman Malik posted a fake video on Twitter accusing the Indian Army of using helicopter gunships to fire at the residents of the union territory. Malik tweeted that the people of Jammu and Kashmir had sent him the videos of the alleged firing from helicopter gunships. He posted more fake news that the "attack" killed many residents of the newly formed union territory. He also called upon the international human rights bodies, media, and US President Donald Trump to take notice if this alleged attack. Malik further sought the mediation of Trump and action by the United Nations (UN).

He requested the twiterrati to retweet the fake video and "expose Indian genocide in Kashmir". He also claimed that the people of the UT have been demanding their right of self-determination as per the UN resolution. Malik also challenged the Indian government to deny the video clip that he posted. However, Malik's brazen attempt to malign the Indian Army came to a nought.