Mattis, making his first visit to Afghanistan as Pentagon chief, was due to meet top officials including President Ashraf Ghani. 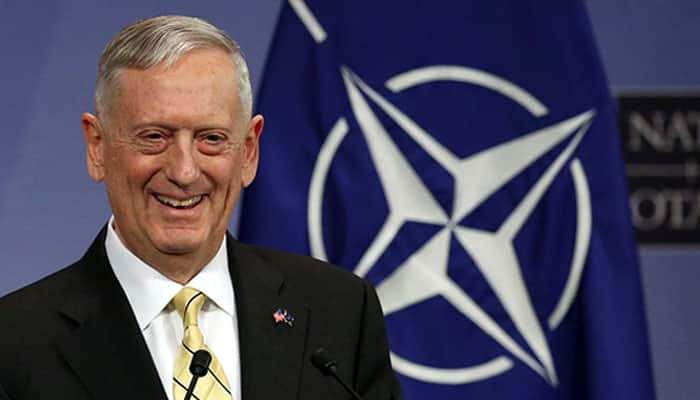 Kabul: US Defense Secretary Jim Mattis arrived in Afghanistan on an unannounced visit on Monday, an American defence official confirmed, hours after his Afghan counterpart resigned over a deadly Taliban attack.

Mattis, making his first visit to Afghanistan as Pentagon chief, was due to meet top officials including President Ashraf Ghani less than two weeks after the US dropped its largest non-nuclear bomb on Islamic State hideouts in the country's east.

The resignations, announced in a terse one-line statement from the presidential palace, came amid fury over the Taliban assault on an army base outside the northern city of Mazar-i- Sharif on Friday.

Ten gunmen dressed in soldiers' uniforms and armed with suicide vests entered the base in army trucks and opened fire at unarmed troops at close range in the mosque and dining hall.

It is believed to be the deadliest-ever Taliban attack on an Afghan military target, though the exact toll from the assault remains unclear.

Afghan officials have so far ignored calls to break down the toll it has given of more than 100 soldiers killed or wounded, but have been known to minimise casualties in such attacks in the past.

The US has said that at least 50 soldiers were killed, and some local officials have put the number of dead alone as high as 130.

The raid underscores the Taliban's growing strength more than 15 years since they were ousted from power, and as they gear up ahead of the spring fighting season.

Many Afghans slammed the government for its inability to counter the attack, the latest in a series of brazen Taliban assaults.

Mattis' visit also comes after the US dropped a GBU-43/B Massive Ordnance Air Blast, dubbed the "Mother of All Bombs", on Islamic State hideouts in Achin district in eastern Nangarhar province, killing nearly 100 militants, according to unverified figures from Afghan officials.

The attack triggered global shockwaves, with some condemning the use of Afghanistan as what they called a testing ground for the weapon, and against a militant group that is not considered as big a threat as the Taliban.

Mattis, who has previously served in Afghanistan, has said he is compiling an assessment for President Donald Trump on Afghanistan's brutal and seemingly intractable conflict.

The Afghan war is the longest in US history but Trump has scarcely given it a passing mention - other than to call the MOAB strike a success - while campaigning or since entering office.

Mattis said in February his commander-in-chief had been "rightfully reticent" on the matter, as he was waiting for input from his generals.

He is the second senior US security official to visit Afghanistan this month: National Security Advisor General HR McMaster arrived in Kabul days after the MOAB was dropped.

The US has around 8,400 troops in the country with about another 5,000 from NATO allies assisting a much larger Afghan force in the war against the Taliban and other Islamist militants.