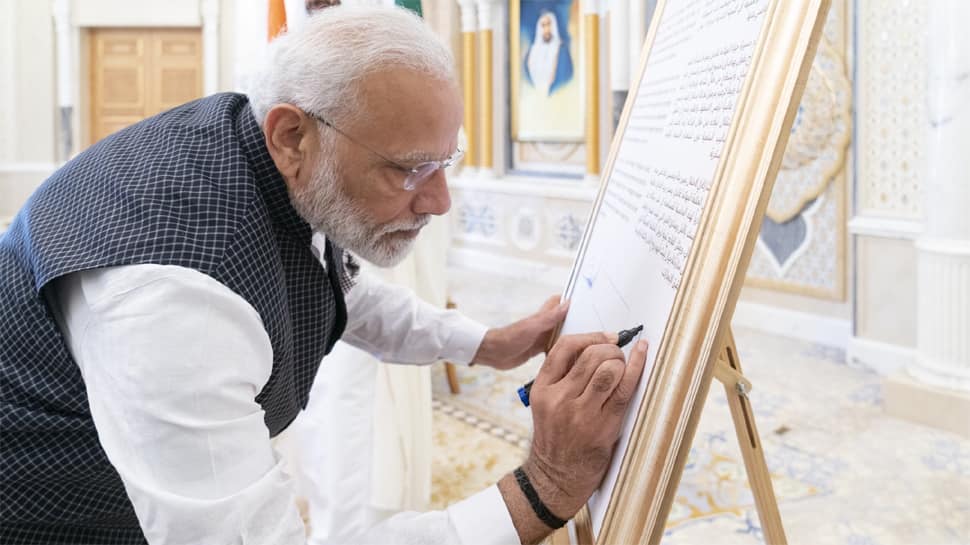 Mohamed bin Zayed presents the Indian Prime Minister with the Zayed Medal in recognition of his role in promoting friendship and cooperation; witnesses the launch of a special commemorative stamp to mark the 150th birth anniversary of Mahatma Gandhi. pic.twitter.com/Evf4YJqdFz

The stamps were issued at the Presidential Palace.

Zayed-Gandhi digital museum on peace, tolerance and sustainability was mounted earlier this year in Abu Dhabi to showcase the shared values and legacy of Baba Zayed and Mahatma Gandhi.

This year, India is celebrating the 150th birth anniversary of Mahatma Gandhi whose values of peace, tolerance and sustainability continue to be relevant and guide the world.

The fact that the Gandhi stamp is launched as the UAE celebrates the Year of Tolerance has special significance, the Indian Ministry of External Affairs said in a statement.

Modi is in the UAE on a two-day visit during which he was conferred the Order of Zayed, the country`s highest civilian honour.