Poland pulls out of Israel meeting over anti-Polish comment

The developments mark a new low in a bitter conflict over how to remember and characterize Polish actions toward Jews during the German occupation of Poland in World War II. 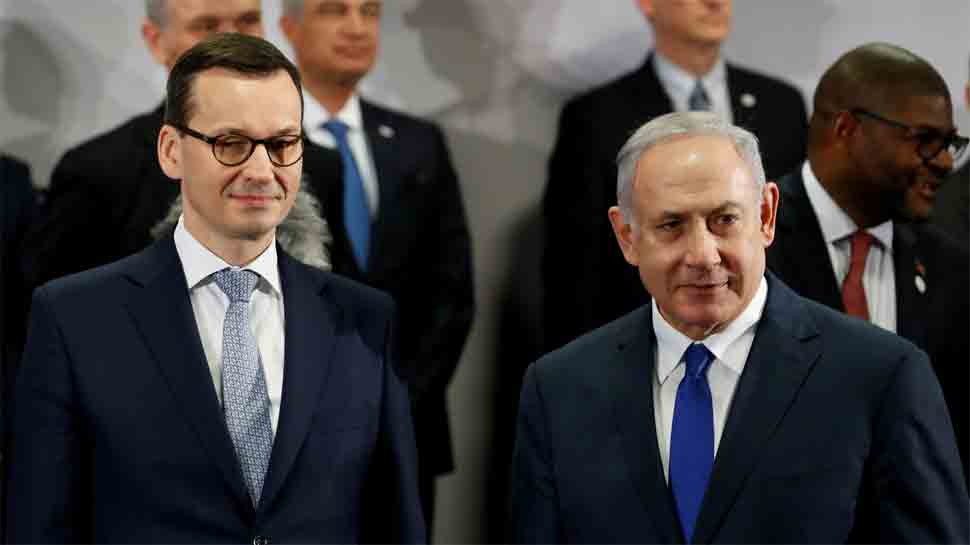 Warsaw: Poland's prime minister cancelled plans for his country to send a delegation to meeting in Jerusalem on Monday after the acting Israeli foreign minister said that Poles "collaborated with the Nazis" and "sucked anti-Semitism from their mothers' milk."

The developments mark a new low in a bitter conflict over how to remember and characterize Polish actions toward Jews during the German occupation of Poland in World War II.

Polish Prime Minister Mateusz Morawiecki had already announced Sunday that he was pulling out of the meeting in Israel on Monday and Tuesday with Israeli Prime Minister Benjamin Netanyahu and leaders of four central European nations.

That had followed a comment by Netanyahu last week about Polish cooperation with Nazis.

Foreign Minister Jacek Czaputowicz had been tapped to attend in his place.

But Morawiecki said he was canceling the Polish participation altogether because he considered Katz's comments "racist" and "absolutely unacceptable." The Foreign Ministry also summoned the Israeli ambassador, Anna Azari, to demand a second set of clarifications in recent days.

Monday's development marks a deterioration of a spat that began last Thursday when Netanyahu said: "Poles cooperated with the Nazis." Netanyahu's office said he was misquoted. The Polish government first summoned the Israeli ambassador on Friday but said it was not satisfied with the explanation of the Israeli leader being quoted incorrectly.

Israel's acting foreign minister, Israel Katz, made his remarks Sunday in an interview on Reshet 13 TV.

"I am the son of Holocaust survivors," he said, in his first day in the new job. "The memory of the Holocaust is not something to compromise about. It is obvious. We will not forget, and we will not forgive." He then vowed that no one would change the historical truth of what happened.

Poland was the first occupation of Adolf Hitler's regime and never had a collaborationist government. Members of Poland's resistance and government-in-exile struggled to warn the world about the mass killing of Jews, and thousands of Poles risked their lives to help Jews.

However, Holocaust researchers have collected ample evidence of Polish villagers who murdered Jews fleeing the Nazis, or Polish blackmailers who preyed on the Jews for financial gain.

China accuses US of trying to block its tech development