While taking the microphone, the protester, identified as 24-year-old animal rights activist Aidan Cook, said he wanted Harris' attention for a "much bigger idea" than the gender gap she had been speaking about. 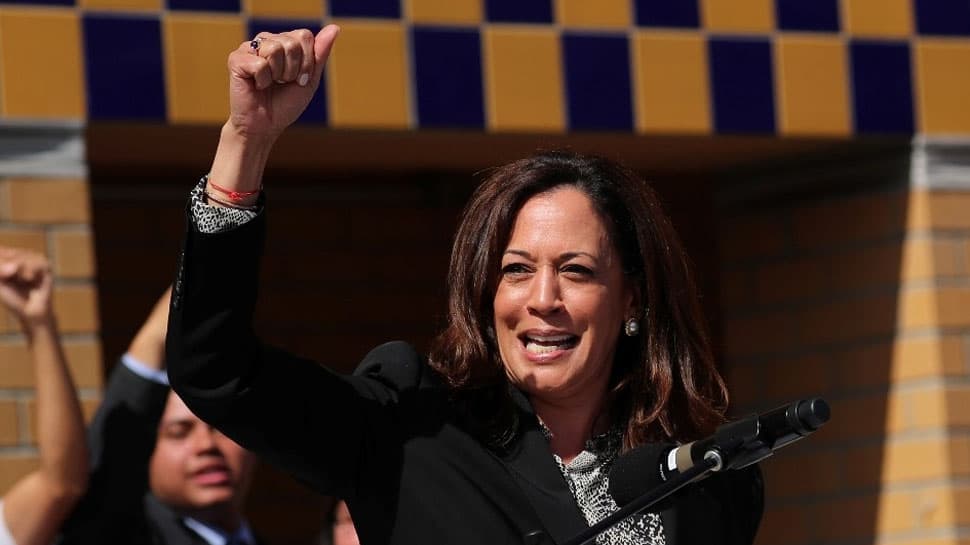 Washington: Indian-American Democratic presidential candidate Kamala Harris was interrupted on-stage by a protester who grabbed the microphone from her hand while she was answering a question on equal pay at an event in San Francisco.

Approximately 10 minutes into her speech at MoveOn's Big Ideas Forum on Saturday, Harris was asked about her proposal to address the gender pay gap by moderator Stephanie Valencia when she was approached by a tall man dressed in black and wearing a press badge who jumped on the stage, the CNN reported.

Harris appeared puzzled but remained calm as the protester grabbed the mic from her hand, it said.

While taking the microphone, the protester, identified as 24-year-old animal rights activist Aidan Cook, said he wanted her attention for a "much bigger idea" than the gender gap she had been speaking about.

"We were protesting just a few minutes ago asking for your attention to a much bigger idea...," Cook said, as the moderator tried to intervene. The 54-year-old Senator calmly walked away from the protester as the security staff and some other people, including Harris' husband Douglas Emhoff, managed to remove the protestor, who was resisting to leave the stage, from the event.

No charge was imposed on Cook for his action. After Cook's removal, Harris returned to the stage and continued her speech.

Meanwhile, MoveOn, the liberal advocacy group behind the event, has said they "severely regret" the security failing.