The trio departed the International Space Station (ISS) at 11.20 am IST (12.50 am EST) and made a safe, parachute-assisted landing at 2.41 pm IST (4.12 am EST) southeast of the remote town of Dzhezkazgan, Kazakhstan. 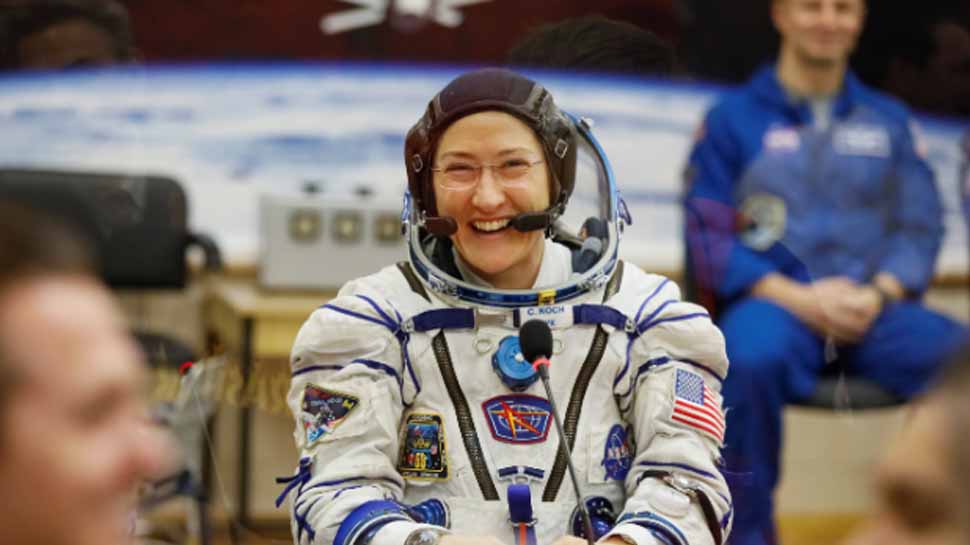 After setting a record for the longest single spaceflight in history by a woman, NASA astronaut Christina Koch returned to Earth on Thursday, along with Soyuz Commander Alexander Skvortsov of the Russian space agency Roscosmos and Luca Parmitano of ESA (European Space Agency). 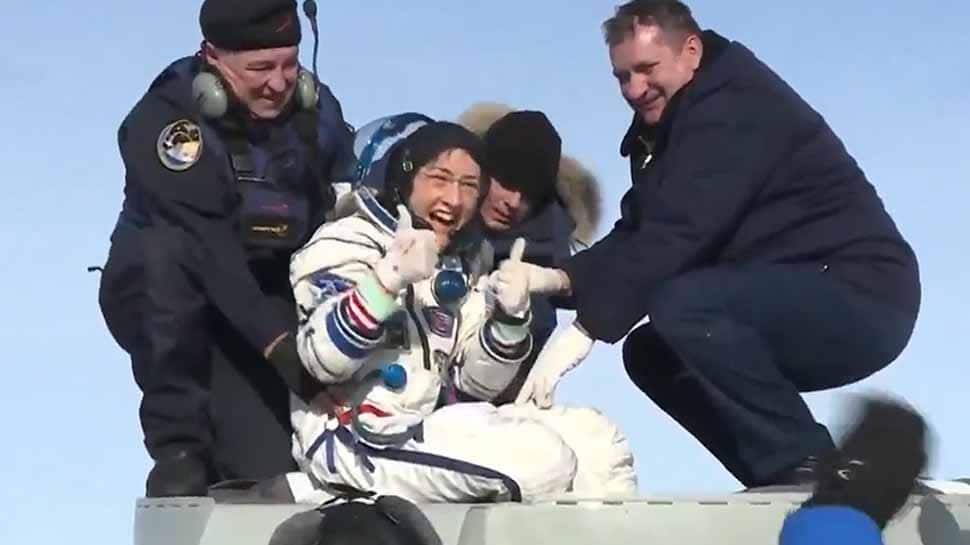 The trio departed the International Space Station (ISS) at 11.20 am IST (12.50 am EST) and made a safe, parachute-assisted landing at 2.41 pm IST (4.12 am EST) southeast of the remote town of Dzhezkazgan, Kazakhstan.

Thumbs up and a huge smile from @Astro_Christina!

Her first spaceflight became a 328-day mission with 5,248 orbits of Earth, a journey of 139 million miles, roughly the equivalent of 291 trips to the Moon & back. #CongratsChristina & welcome home: https://t.co/8MFSftrUyR pic.twitter.com/zlmY2yYJDe

Koch’s extended mission will provide researchers with the opportunity to observe effects of long-duration spaceflight on a woman as the agency plans to return humans to the Moon under the Artemis program and prepare for human exploration of Mars.

Koch launched on March 14, 2019, alongside fellow NASA astronaut Nick Hague and Russian cosmonaut Alexey Ovchinin. Her first journey into space of 328 days is the second-longest single spaceflight by a US astronaut and also places her seventh on the list of cumulative time in space for American astronauts with one or more missions.

Supporting NASA’s goals for future human landings on the Moon, Koch completed 5,248 orbits of the Earth and a journey of 139 million miles, roughly the equivalent of 291 trips to the Moon and back. She conducted six spacewalks during 11 months on orbit, including the first three all-woman spacewalks, spending 42 hours and 15 minutes outside the station. She witnessed the arrival of a dozen visiting spacecraft and the departure of another dozen.

For Parmitano and Skvortsov, this landing completed a 201-day stay in space, 3,216 orbits of Earth and a journey of 85.2 million miles. They launched last July with NASA’s Andrew Morgan. Morgan also is participating in an extended duration mission on the orbiting laboratory and will return to Earth April 17.

Completing his second mission, Parmitano now has logged 367 days in space, more than any ESA astronaut in history. During his time in space for Expeditions 60 and 61, Parmitano conducted four spacewalks, totalling 25 hours and 30 minutes. He has now conducted six spacewalks in his career, totalling 33 hours and 9 minutes. Parmitano was commander of Expedition 61.

Skvortsov completed his third mission and a total of 546 days in space, placing him 15th on the all-time spaceflight endurance list.

Following post-landing medical checks, the crew will return to the recovery staging city in Karaganda, Kazakhstan, aboard Russian helicopters. Koch and Parmitano will board a NASA plane bound for Cologne, Germany, where Parmitano will be greeted by ESA officials for his return home. Koch will continue home to Houston. Skvortsov will board a Gagarin Cosmonaut Training Center aircraft to return to his home in Star City, Russia.

The Expedition 61 crew contributed to hundreds of experiments in biology, Earth science, human research, physical sciences and technology development, including improvements to the Alpha Magnetic Spectrometer in an effort to extend its life and support its mission of looking for evidence of dark matter and testing 3D biological printers to print organ-like tissues in microgravity.

With the undocking of the Soyuz MS-13 spacecraft with Koch, Skvortsov, and Parmitano aboard, Expedition 62 officially began aboard the station, with NASA astronauts Jessica Meir and Morgan as flight engineers and Oleg Skripochka of Roscosmos as station commander. They will remain on board as a three-person crew until early April when NASA astronaut Chris Cassidy and Russian cosmonauts Nikolai Tikhonov and Andrei Babkin will launch to the station.

Plane skids off runway in Turkey, three killed and 179 wounded