Earlier this week, Canadian Minister Navdeep Bains publicly declared to resign from his post and quit politics on personal grounds - to give more time to his family. The expose shocked Canada and uncovered the brazen corruption practiced by the lawmakers. 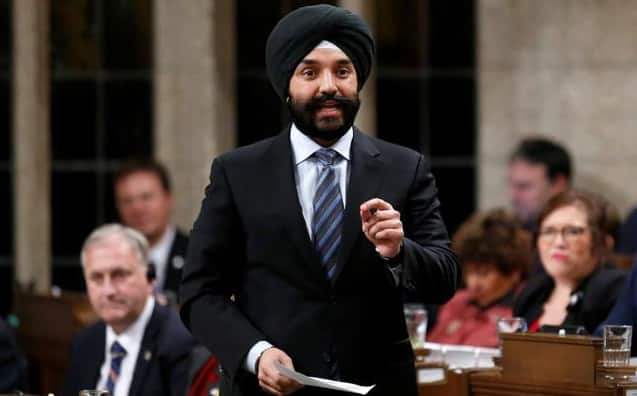 New Delhi: The resignation of Navdeep Bains, Canada’s Minister of Science, Innovation, and Industry has surprised many across the world. Experts observing Canadian politics underscore the fact that the development is not as simple as it looks. Rather, it should be seen as an attempt by the ruling Liberal Party to save itself from frequent embarrassments on corruption charges and the toil to cover those cases up.

Earlier this week, Canadian Minister Navdeep Bains publicly declared to resign from his post and quit politics on personal grounds - to give more time to his family.

In November 2018, The Pointer exposed the news of corruption in a land deal and highlighted that Brampton Mayor Linda Jeffrey's chief of staff Hasneet Punia had shared confidential details regarding a deal of a piece of land measuring 20-acre to Navdeep Bains, and another liberal MP Raj Grewal.

The expose shocked Canada and uncovered the brazen corruption practiced by the lawmakers. Subsequently, the Brampton council ordered a third-party investigation into the matter and sent its details to the Royal Canadian Mounted Police (RCMP).

The case of corruption in the land deal is itself an interesting one, underscoring the sharpness of the two liberal MPs in practicing corruption and cleaning their hands at the same time. In fact, after receiving information from Hasneet Punia about the planned land purchase, local businessmen with links to Navdeep Bains and the Liberal Party purchased that specific piece of land from the Ontario Province and then sold it to the Brampton City at a much higher price than what the City was planning to offer initially.

The land the city was planning to purchase for an amount of $3.3 million, eventually cost the city $4.4 million - an extra $1.1 Million on accounts of the public exchequer - hard-earned money of the taxpayers. The company involved in the land deal was Goreway Heaven and one of its directors, Bhagwan Grewal, accompanied Prime Minister Trudeau to his infamous trip to India in 2018. Besides, about half of its directors have been making handsome donations to the Liberal Party.

On investigation by the RCMP, it was found that Grewal, now a former MP, was a history-sheeter in corruption and has been practising it on a blanket basis at various levels. In September 2020, Grewal was charged for corruption on five major grounds, including fraud and breach of trust for misusing his constituency budget while serving as an MP.