Reuters journalists in Myanmar appeal to Supreme Court against conviction

Myanmar leader Aung San Suu Kyi said in September that the jailing of the reporters had nothing to do with freedom of expression. 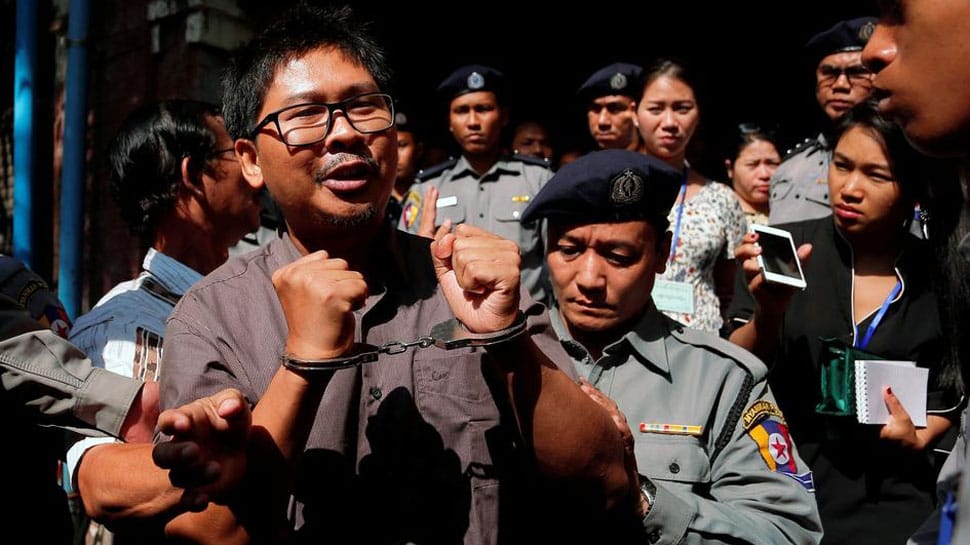 YANGON: Lawyers for two Reuters reporters jailed for seven years in Myanmar lodged an appeal on Friday at the Supreme Court against their conviction on charges of breaking the Official Secrets Act.
The appeal cited evidence of a police set-up and lack of proof of a crime.

"Our petition asks the Supreme Court to finally provide justice to Wa Lone and Kyaw Soe Oo, reverse the lower courts` errors, and order the release of our journalists," Reuters said in a statement. Wa Lone, 32, and Kyaw Soe Oo, 28, were convicted by a lower court in September in a landmark case that has raised questions about Myanmar`s progress towards democracy and sparked an outcry from diplomats and human rights advocates.

Myanmar leader Aung San Suu Kyi said in September that the jailing of the reporters had nothing to do with freedom of expression. In comments made the week after their conviction, she said they had been sentenced for handling official secrets and "were not jailed because they were journalists".

Government spokesman Zaw Htay could not be reached for comment. Before their arrest, the reporters had been working on a Reuters investigation into the killing of 10 Rohingya Muslim men and boys by security forces and Buddhist civilians in western Myanmar`s Rakhine State during an army crackdown that began in August 2017.

The operation sent more than 730,000 Rohingya fleeing to Bangladesh, according to U.N. estimates. Last month, the Yangon-based high court rejected an initial appeal lodged by the defence against the convictions, saying the reporters had behaved in a way that showed they intended to harm the country.

The high court judge cited meetings between reporter Wa Lone and members of the security forces, as well as a notebook found at the journalist`s house that contained the phone number of a member of the Arakan Army, an armed ethnic rebel group he had reported on while covering peace negotiations several years ago.

In response to that ruling, U.S. Vice President Mike Pence said in a message on Twitter that the decision was deeply troubling and showed Myanmar`s courts "failing a basic test in democracy".

In their initial appeal arguments, defence lawyers had cited evidence of a police set-up and lack of proof of a crime. They asserted the lower court that tried the case had wrongly placed the burden of proof on the defendants.

The defence also said prosecutors had failed to prove the reporters gathered and collected secret information, sent information to an enemy of Myanmar or that they had an intention to harm national security.