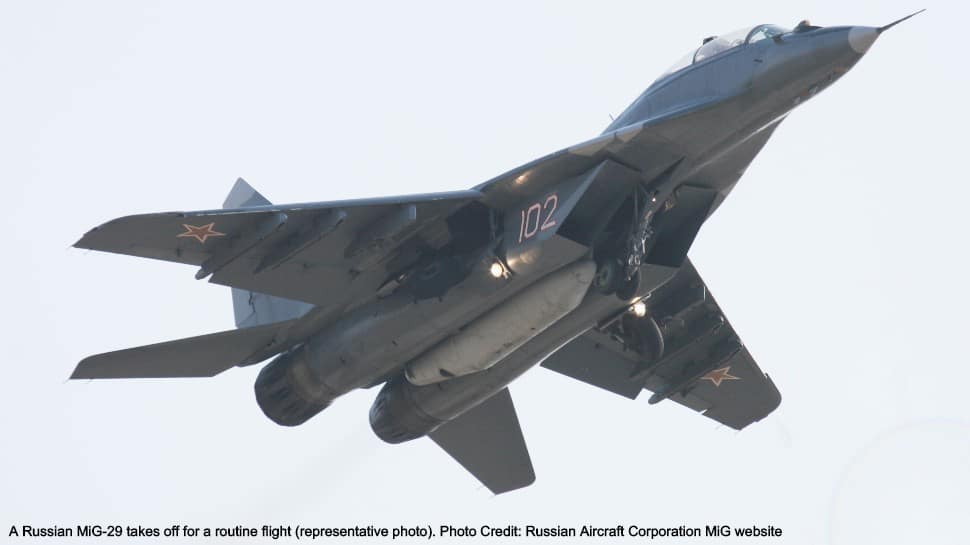 Russia delivered a batch of Mikoyan-Gurevich MiG-29 combat aircraft to Syria on May 30, 2020, to counter the threat posed by Israel's F-16 Fighting Falcons. The MiG-29 fighters, the most advanced versions of the legendary jets, were handed over to the Syrian Arab Air Force at the Hmeimim base in Lattakia.

"In the framework of military and technical cooperation between Russia and Syria, the Russian side handed over the second batch of advanced and modernized MiG-29 fighter jets to Syria, during a ceremony at Hmeimim base. As of June 1, 2020, Syrian pilots will begin to carry out missions on those planes in Syrian airspace," Syrian news agency SANA quoted a senior military officer as saying.

Russian news agency Avia.Pro claimed that with the MiG-29s in its arsenal, Syrian forces will be able to tackle and even get the better of Israel's F-16 Fighting Falcons. According to Avia.Pro the MiG-29s supplied to Syria have better combat capabilities than the F-16s operated by Israel both of which are single-seater jets.

The report also added that while Syrian forces received a massive boost with the induction of MiG-29s, the country may not be able to counter every weapon in Israel's armoury yet. However, the Russian-made fighters will force the enemy before launching any attack on Syria.

Designed and developed during the 1970s, the MiG-29's primary task was to tackle the threat posed by F-15 Eagle and F-16 Fighting Falcon of the United States of America and its allies. Over the last couple of decades, the MiG-29 has been upgraded from its aerial combat role into a potent multirole fighter.

With a maximum speed of more than Mach 2.25 (over 2700 km per hour) and a maximum takeoff weight of 18,000 kilogrammes, the MiG-29 can fly at a height of 18 km. The fighter is armed with one internal 30 mm Gryazev-Shipunov GSh-30-1 autocannon with 150 rounds with some variants carrying 100 rounds. The fighter, which has 7 hardpoints for missiles and bombs, can carry up to 4,000 kg of ammunition.

On the other hand, the F-16 Fighting Falcon has one engine but is also a supersonic multirole fighter. The F-16, too, like MiG-29 was developed as an air superiority fighter but later upgraded into a multirole jet. Apart from the United States of America, the major countries operating the F-16 are Pakistan, Israel, Turkey and Egypt.

the earlier version of F-16 were powered by one General Electric F110-GE-129 afterburning turbofan while the more advanced veriants use Pratt & Whitney F100-PW-229 . The F-16's maximum takeoff weight is 19,187 kg and the jet can reach a maximum speed of Mach 2.05.

The fighter's range is 4,217 km with external fuel drop tanks and its service ceiling is 18,000 km. The F-16 has 11 hardpoints for weapons along with a 20 mm M61A1 Vulcan 6-barrel rotary cannon with 511 rounds. Some variants have been modified to carry nuclear bombs too.