Russia is still looking into the Dec. 31 blast, but investigators have said the tragedy in the city of Magnitogorsk was probably caused by a gas leak. 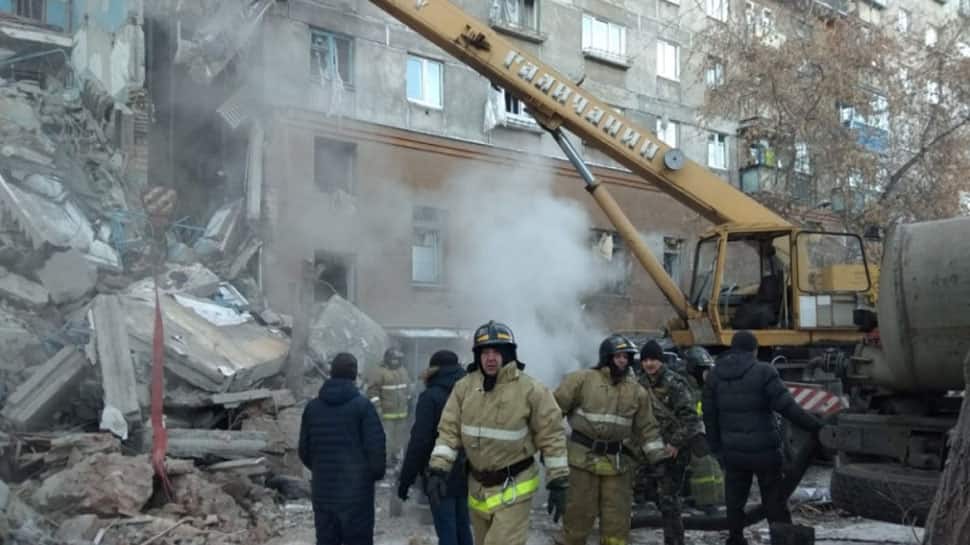 MOSCOW: Russian investigators on Friday dismissed an Islamic State claim of responsibility for a deadly apartment building blast that killed 39 people, saying that militant groups had a history of falsely taking credit for such incidents.

Russia is still looking into the Dec. 31 blast, but investigators have said the tragedy in the city of Magnitogorsk was probably caused by a gas leak. Gas explosions are relatively common in a country with ageing infrastructure and lax safety standards.

However, some online Russian media sources have reported that the apartment block was blown up by three men, whom they have named and described as radical Islamists. According to those unconfirmed reports, the three men were killed in a shootout on New Year`s Day near the scene of the blast as they tried to break out of a police cordon in a minibus. Police said at the time that the minibus burst into flames due to an exploding gas canister inside it.

Islamic State claimed responsibility for the Magnitogorsk explosion in its Al Naba newspaper on Thursday evening. IS said its operatives has planted explosives that had triggered the partial collapse of the 10-storey apartment building, killing 39 and injuring dozens. IS did not provide proof to support its claim, saying only that a "security unit" had carried out the attack before safely withdrawing. "The operation...transformed the crusaders’ New Year festivities into funerals," it said.

Russia`s Investigative Committee said the IS claim should not be trusted and that investigators were still looking into what happened and studying all possible versions. Their primary theory was still that a gas leak was to blame, the committee said in a statement, saying that no traces of explosive or explosive devices had been found at the scene though it was too early to draw definitive conclusions.

"I suggest journalists do not trust statements from terrorist organisations, who as you know falsely take credit for all high-profile incidents in different countries," Svetlana Petrenko, a spokeswoman for the Russian Investigative Committee, said in the statement.

President Vladimir Putin flew to the scene of the blast some 1,700 km (1,050 miles) east of Moscow on Dec. 31 and has since ordered all of the affected building`s residents to be rehoused. Russia has repeatedly been targeted by Islamist militant groups, including an attack in 2017 that killed 14 people in a train carriage in a St. Petersburg metro tunnel.