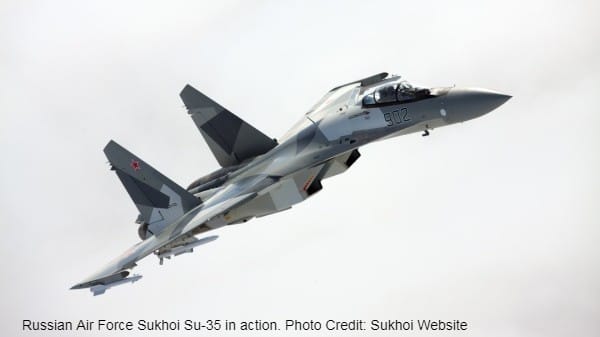 Twenty-seven foreign military aircraft were tracked by the Russian defence forces between September 21 and 26, 2019, forcing the authorities to launch their Mikoyan-Gurevich MiG and Sukhoi fighters at least 20 times to intercept them. According to the Russian Defense Ministry, the MiG-29, Sukhoi Su-27, Su-30 and Su-35 combat aircraft prevented the violation of the country's airspace and successfully chased away the foreign planes,

According to Russia's Krasnaya Zvezda newspaper 27 foreign aircraft were spotted conducting reconnaissance missions near its borders. The ministry also added that Russian pilots took off at least 310 times from 75 airbases across the country during the above-mentioned period.

While the MiG-29 was developed as a twin-engine air superiority fighter, the aircraft has since then been upgraded as an agile multirole jet capable of taking down the enemy in the air and on land. The Sukhoi series of fighters are twin-engine and supermanoeuverable capable of long-range air defence.

The Su-27s undertake long-range patrol missions as well as escort Russian heavy nuclear bombers like Tu-95 Bear, Tu-22M Backfire and Tu-160 Blackjack. The two-seater Su-30s and single-pilot Su-35s perform similar roles as the Su-27 but with a heavier payload and longer range.

The Indian Air Force (IAF) also operates the MiG-29UPG and Su-30MKI combat aircraft while the Indian Navy has MiG-29K jets for its aircraft carrier INS Vikramaditya.