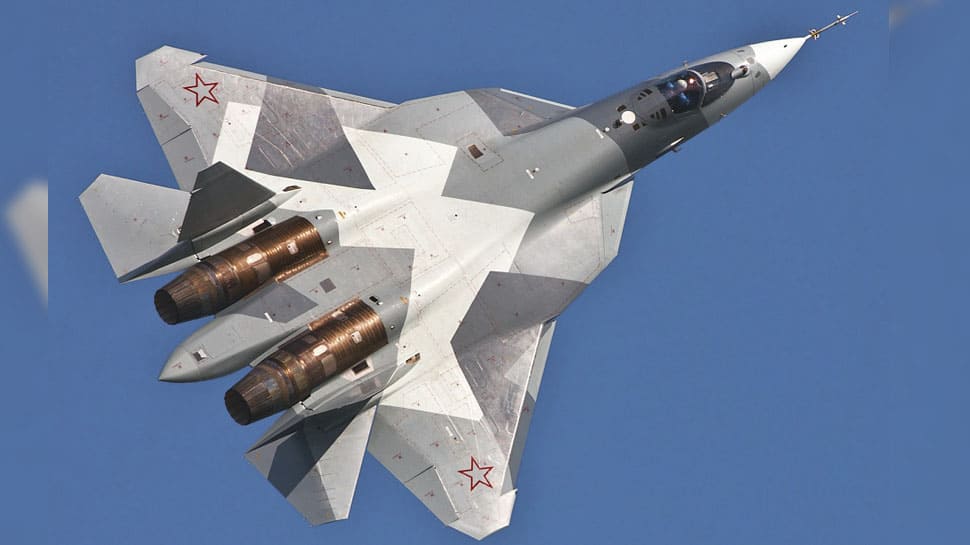 Russia is keen to cooperate with and explore the possibilities of exporting its latest Sukhoi Su-57 stealth fighter to India. Russian Minister of Industry and Trade Denis Manturov told the Interfax news agency that the twin-engine multirole fifth-generation air superiority and attack fighter is the latest supersonic stealth jet in the world and several countries would be interested in having the lethal aircraft in their arsenal.

Manturov pointed out that "confidence in the supplier is one of the key factors when it comes to purchasing weaponry of this kind" and India was the biggest market for Russian defence products and could be interested in the Sukhoi Su-57 jet, formerly known as Prospective Airborne Complex of Frontline Aviation (PAK FA or T-50). The Indian Air Force (IAF) flies over 250 Sukhoi Su-30MKIs, a 4++ generation fighter.

According to Russia's Rostec defence industrial holding company's international co-operation and regional policy director Viktor Kladov, the makers of Su-57, United Aircraft Corporation (UAC), will soon get the clearance to export the fighter. The export version of the fighter will be called Su-57E (Export).

Kladov claimed during a press conference at the 2019 Langkawi International Maritime and Aerospace Exhibition in Malaysia's Langkawi that Rostec and UAC have submitted "all the necessary documentation" required for the approval to export the Su-57E to the Russian government and President Vladimir Putin is likely to give his consent soon.

Once the export clearance is obtained, Russia plans to officially unveil that Su-57E during the November 2019 Dubai Air Show. Klodov was confident that Su-57 will generate a lot of interest in several countries including India and China as the air forces of both these countries already fly different versions of the Sukhoi fighters.

He also dismissed the apprehension that the threat of US Countering America's Adversaries Through Sanctions Act (CAATSA) will dissuade the potential Su-57E buyers.

Some Russian Su-57s had taken part in combat training missions in Syria in February 2018. According to Russian defence officials, the Su-57s were deployed in war-torn Syria to "undergo real-world testing" and "combat training".

Russia reaches out to India after Mission Shakti, urges to prevent arms race in outer space