Moscow would stand with Venezuela to protect its sovereignty and the principle of non-interference in its domestic affairs said Russia's Deputy Foreign Minister. 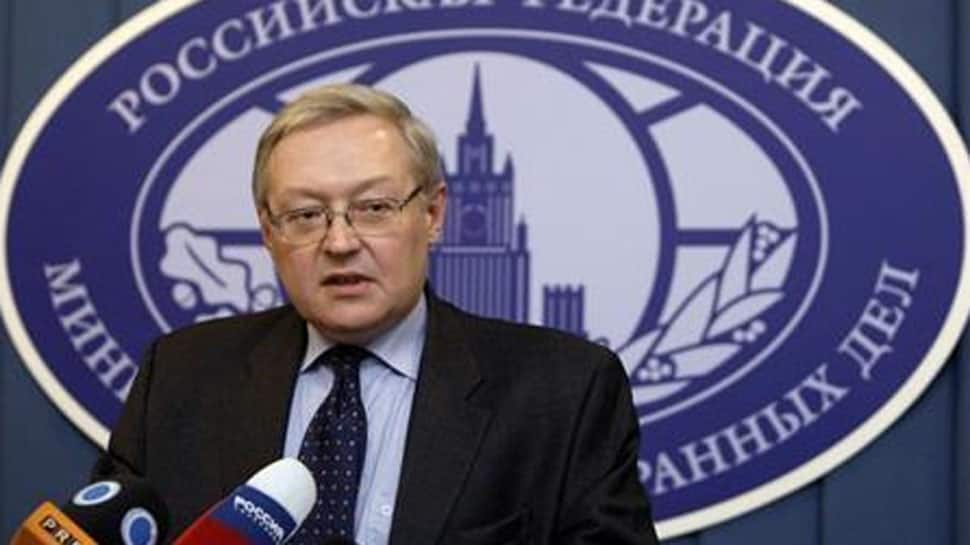 MOSCOW: Russia on Thursday warned the United States not to intervene militarily in Venezuela, a close ally of Moscow`s, saying such a move would trigger a catastrophe. Venezuelan opposition leader Juan Guaido declared himself interim president on Wednesday, winning the backing of Washington and prompting socialist incumbent Nicolas Maduro, who has led the oil-rich nation since 2013, to sever diplomatic relations with the United States.

In an interview with Russian journal International Affairs published on Thursday, Sergei Ryabkov, Russia`s Deputy Foreign Minister, said Moscow would stand with Venezuela to protect its sovereignty and the principle of non-interference in its domestic affairs.

Asked about the prospect of US military intervention in Venezuela, Ryabkov said Washington should steer well clear. "We warn against that," he said. "We consider that would be a catastrophic scenario that would shake the foundations of the development model which we see in Latin America."

It was not clear when the interview was conducted. Ryabkov said Moscow expected the United States and other countries to step up pressure on Caracas. Ryabkov did not mention Maduro by name, but made clear Moscow backed his government.

"Venezuela is friendly to us and is our strategic partner," he said. "We have supported them and will support them." Separately, Russian lawmakers said US support for moves to force Maduro from power amounted to backing an illegal coup d`etat, underlining how worried Moscow is about one of its closest allies losing office.

The prospect of Maduro being ousted is a geopolitical and economic headache for Moscow which, alongside China, has become a lender of last resort for Caracas, lending it billions of dollars as its economy implodes.

It has also provided military support. Two Russian strategic bombers capable of carrying nuclear weapons landed in Venezuela last month in a show of a support that infuriated Washington.

Russian lawmaker Franz Klinzevich on Thursday warned Moscow could wind up its military cooperation with Venezuela if Maduro, whom he called the legitimately-elected president, was ousted, the RIA news agency reported.