While the US has claimed its P-8A Poseidon aircraft was operating consistent with international law and did not provoke the Su-35C, the Russian Defence Ministry has rejected the statement. 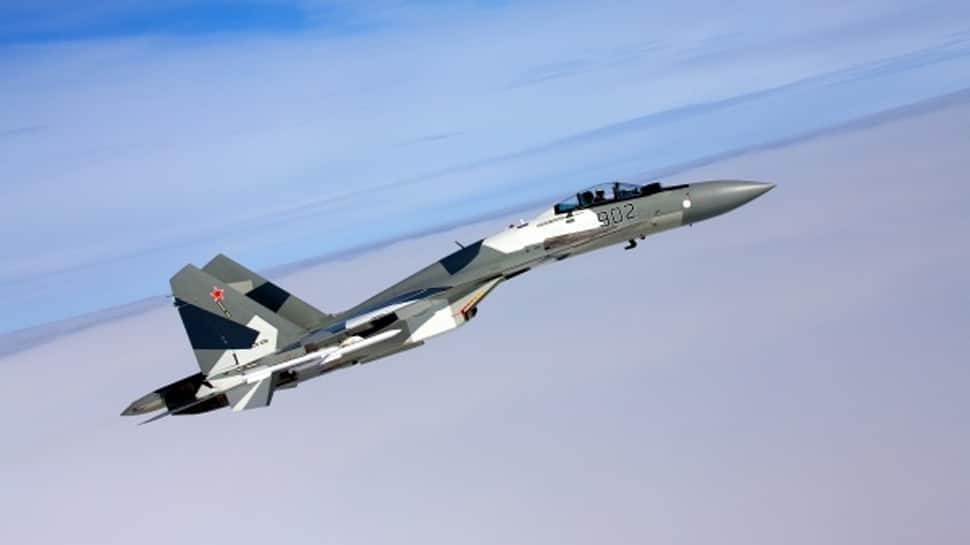 A Russian Sukhoi Su-35C fighter on Tuesday (June 4) intercepted a P-8A Poseidon aircraft of the United States of America thrice in less than three hours in international airspace over the Mediterranean Sea. While the US Naval Forces Europe-Africa (US 6th Fleet) claimed the P-8A Poseidon was operating consistent with international law and did not provoke the Su-35C, the Russian Defence Ministry rejected the American claim its jet had unsafely conducted the intercept of the US military jet over the Mediterranean.

"On June 4, 2019, a US P-8A Poseidon aircraft flying in international airspace over the Mediterranean Sea was intercepted by a Russian SU-35 three times over the course of 175 minutes. The first and third interaction were deemed safe. The second interaction was determined to be unsafe due to the SU-35 conducting a high speed pass directly in front of the mission aircraft, which put our pilots and crew at risk. The crew of the P-8A reported wake turbulence following the second interaction. The duration of the intercept was approximately 28 minutes," said the US 6th Fleet in a statement.

"While the Russian aircraft was operating in international airspace, this interaction was irresponsible. We expect them to behave within international standards set to ensure safety and to prevent incidents, including the 1972 Agreement for the Prevention of Incidents On and Over the High Seas (INCSEA). Unsafe actions‎ increase the risk of miscalculation and potential for midair collisions. The US aircraft was operating consistent with international law and did not provoke this Russian activity," the statement added.

However, the Russian Defence Ministry said in a statement that the Su-35C, an ultra-manoeuvrable 4++ generation fighter, was following international rules during its flight. "On June 4, at around 12.30 pm Moscow time (09:30 GMT), Russian systems of control of the airspace of the Hmeymim air base in Syria detected an air target (later identified as P-8A Poseidon) above the neutral waters of the Mediterranean Sea that was moving forward to the basing point of the Russian naval facility in Tartus… After the US aircraft changed its trajectory, the Russian fighter returned to the air base," the Russian Defence Ministry said.