SAS pilots went on strike on Friday as wage talks broke down, grounding around 70 per cent of the airline`s flights and hitting some 170,000 people over the weekend alone. 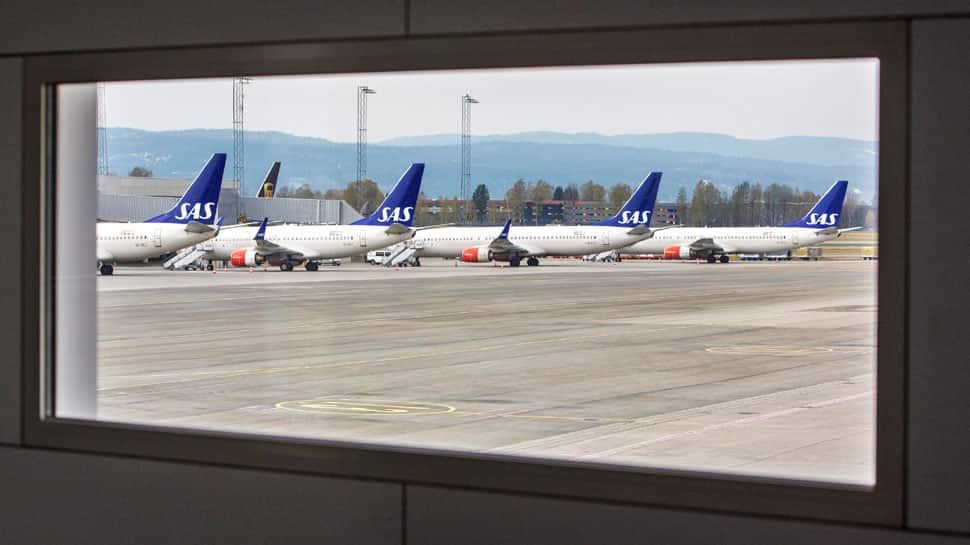 STOCKHOLM/OSLO: Scandinavian airline SAS cancelled hundreds of flights scheduled for Sunday as a pilot strike entered its second day, disrupting the travel plans of tens of thousands of passengers.

SAS pilots went on strike on Friday as wage talks broke down, grounding around 70 per cent of the airline`s flights and hitting some 170,000 people over the weekend alone. "We deeply regret that our customers are affected by the ongoing pilot strike," SAS said in a statement on Saturday outlining its flight cancellations for the rest of the weekend.

"Due to the strike another estimated 64,000 passengers will be affected (on Sunday) when 587 flights are cancelled across Scandinavia." The stand-off showed little sign of nearing a resolution on Saturday.

"We believe the unions have to face reality and resume talks," Torbjoern Lothe at the Norwegian Confederation of Enterprise, an employers` association involved in the negotiations with the unions last week, told Reuters.

Norsk Pilotforbund, one of two SAS pilot unions in Norway, said it had had no contact with the airline, as did Rawaz Nermany, chairman of the Swedish Airline Pilots Association. "We are waiting for SAS to get in touch and show a real will to discuss the issues that are important to us," he said. "So far, they have not wanted to do that."

A spokesman for the Swedish National Mediation Office, whose proposed deal the pilots rejected late on Thursday, said there were "no immediate plans" for contacts between the parties in Sweden. SAS has taken steps such as offering free food to passengers waiting to find alternative flights at airports across Scandinavia, but several travellers complained on social media that they were unable to reach the airline`s customer services.

"Hey SAS I`ve been trying to contact you for a day now," one wrote on Twitter, to which SAS responded: "Our customer service is answering the phone as fast as they can. Try again".

The flag carrier, which is part-owned by the Swedish and Danish governments, has said it is prepared to resume negotiations but warned that meeting pilots` demands would have dire consequences for the company. The aviation industry`s employer body in Sweden has said pilots demanded a 13 per cent wage hike, despite what it called already high average wages of 93,000 Swedish crowns a month.

The SAS Pilot Group, a union body representing 95 per cent of the airline`s pilots in Denmark, Norway and Sweden, says that the dispute concerns more than simply wages, pointing to demands for more predictable and transparent working hours.

Analysts at Sydbank have estimated that the strike is costing SAS 60-80 million Swedish crowns ($6.3 million to $8.41 million) per day, which would effectively wipe out the airline`s expected net profit for the year was it to last two weeks.

The strike at SAS does not affect flights operated by its partners, which make up roughly 30 per cent of all departures. The airline said it was offering passengers booked on flights through May 1 to reschedule free of charge.