International oil companies, fellow members of the OPEC oil cartel and global energy policymakers had heard no updates on the impact of the weekend attack from the Saudis for 48 hours, according to sources with knowledge of the situation. 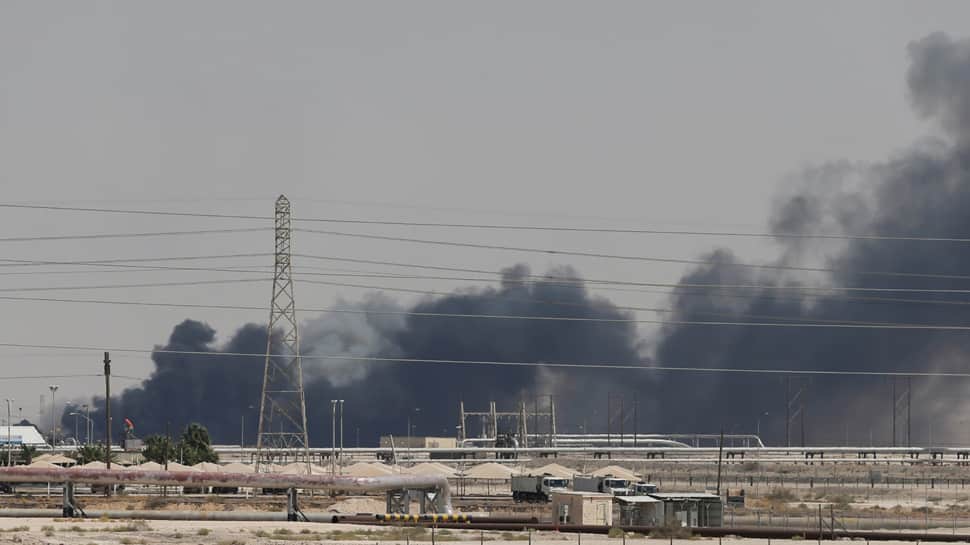 LONDON/DUBAI: Saudi Arabia sought to calm markets on Tuesday after an attack on its oil facilities, with sources in the kingdom saying output was recovering much more quickly than initially forecast and could be fully back in two or three weeks. International oil companies, fellow members of the OPEC oil cartel and global energy policymakers had heard no updates on the impact of the weekend attack from the Saudis for 48 hours, according to sources with knowledge of the situation.

And on Monday, sources briefed on state oil giant Aramco`s operations had said it could take months for output to recover. The attack knocked out half of Saudi Arabia`s oil production, or 5% of global output, sending prices soaring when trading resumed on Monday. So the new prediction of a quick return to normal output sent prices down sharply on Tuesday.

The kingdom is close to restoring 70% of the 5.7 million barrels per day lost due to the attack, a top Saudi official said, adding that Aramco`s output would be fully back online in the next two to three weeks. The Saudi energy minister will hold a news conference on Tuesday at 1715 GMT, giving what would be the first official update since Aramco announced on Sunday that attacks on its plants in Abqaiq and Khurais had knocked out 5.7 million barrels per day.

While the Houthi group, which is fighting a Saudi-led coalition in Yemen, was quick to claim responsibility for the attack, U.S. President Donald Trump blamed Iran. That accusation prompted Iran`s supreme leader on Tuesday to rule out talks with Washington.

Trump said on Monday that it looked like Iran was behind the strike at the heart of the Saudi oil industry, but stressed he did not want to go to war. Iran denied it was to blame. "Iranian officials, at any level, will never talk to American officials ... this is part of their policy to put pressure on Iran," Iranian state TV quoted Ayatollah Ali Khamenei as saying. He said talks could only take place if the United States returned to a nuclear accord between Iran and the West that Trump abandoned last year.

U.S.-Iran relations deteriorated after Trump quit the accord and reimposed sanctions over Tehran`s nuclear and ballistic programmes. He also wants Iran to stop supporting regional proxies, including the Houthis. But a day after warning that the United States was "locked and loaded" to respond to the incident, Trump dialed down his rhetoric, saying on Monday there was "no rush" to do so and that Washington was coordinating with Gulf Arab and European states.

"I`m not looking at options right now. We want to find definitively who did this." Britain and Germany agreed they needed to work with international partners to form a collective response and de-escalate tensions as efforts continued to establish exactly what happened, Prime Minister Boris Johnson`s spokesman said.

German Chancellor Angela Merkel said the Iran nuclear pact, which European parties are trying to salvage, is one building block "we need to get back to". Saudi Arabia, which has supported tougher U.S. sanctions on Iran, said an initial investigation showed the strikes were carried out with Iranian weapons.

Riyadh asked international experts to join its investigation, which indicates the attack did not come from Yemen, the foreign ministry said. U.S. officials say they believe it came from the opposite direction, possibly from Iran. Iranian President Hassan Rouhani said Yemenis had launched the strikes in retaliation for attacks by a Saudi-led coalition that has been battling the Houthis for four years. Riyadh says Tehran arms the group, which has fired missiles and drones on Saudi cities, a charge both deny.

King Salman, heading a cabinet meeting on Monday, said Riyadh would handle the consequences of "cowardly attacks" that target vital Saudi installations, world crude supplies and global economic stability. The cabinet urged the world to confront those threats "regardless of their origin".

The assault damaged the world`s biggest crude oil processing plant, triggering the largest jump in oil prices in decades. It was the worst such attack on regional oil facilities since Saddam Hussein torched Kuwait`s oil wells during the 1990-91 Gulf war. However, dollar-denominated bonds issued by the Saudi government and Aramco rebounded on Tuesday, in a sign investors` concern may be abating.

Trump said he was sending Secretary of State Mike Pompeo to Saudi Arabia soon, but he had not made any commitments to protect the Saudis. "That was an attack on Saudi Arabia, and that wasn`t an attack on us. But we would certainly help them."