Loujain al-Hathloul, Aziza al-Yousef, Eman al-Nafjan and Hatoon Al-Fassi are among 10 women to appear before the Criminal Court in the capital Riyadh. 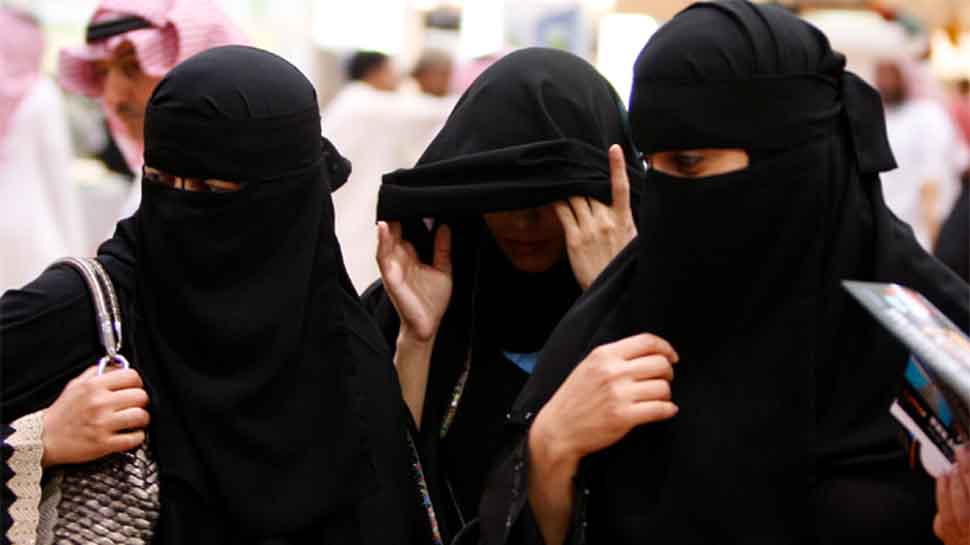 RIYADH: Saudi Arabian women`s rights activists stood trial on Wednesday for the first time since their arrest over nine months ago, a case that has intensified scrutiny of Riyadh`s human rights record after the murder of a prominent journalist.

Loujain al-Hathloul, Aziza al-Yousef, Eman al-Nafjan and Hatoon Al-Fassi are among 10 women to appear before the Criminal Court in the capital Riyadh, where charges were presented against them, court president Ibrahim al-Sayari said.

He was speaking to reporters and more than a dozen diplomats from the United States and Europe, who were barred from entering the court after receiving no response to earlier requests. Sayari cited privacy concerns for not making the trial public.

The women are among more than a dozen prominent activists, including several men, arrested in the weeks before a ban on women driving cars in the conservative kingdom was lifted last June. A few were previously released without trial.

At the time of the arrests, the public prosecutor said five men and four women were being held on suspicion of harming Saudi interests and offering support to hostile elements abroad. State-backed media labelled them as traitors and "agents of embassies", unnerving foreign diplomats in the key U.S. ally.

Some of the women appeared in the courtroom together on Wednesday, but their cases appeared to be separate, with relatives entering only for certain parts of the session.

ALQST, a London-based Saudi rights group, said the women were charged under the kingdom`s cybercrime law, which stipulates prison sentences ranging from one to 10 years. The accusations are related to human rights work and communications with "hostile entities", ALQST said on Twitter.

The status of legal representation was unclear. Rights groups have previously said the activists had no access to lawyers during more than nine months of detention and interrogation.

Relatives said they were told at the last minute that the trial had been moved from the Specialized Criminal Court, which was set up to try terrorism cases but is often used for political offences.

It was unclear what was behind the decision, but diplomats said they were hopeful it signalled a more lenient handling of the cases after months of lobbying by Western governments.

Three dozen countries, including all 28 EU members, called on Riyadh last week to free the activists. U.S. Secretary of State Mike Pompeo and his British counterpart have said they raised the issue with Saudi authorities during recent visits.

It remains to be seen if Riyadh will bend to that pressure - with the women possibly receiving acquittals or pardons - or pursue harsh sentences in a case critics say has revealed the limits of Crown Prince Mohammed bin Salman`s promises to modernise Saudi Arabia.

The prince has courted the West to support ambitious economic and social reforms, but his reputation was tarnished after Saudi agents killed Jamal Khashoggi, a royal insider-turned-critic, last October at the kingdom`s Istanbul consulate.

They say some of the women, including Hathloul, were held in solitary confinement and subjected to mistreatment and torture, including electric shocks, flogging and sexual assault. Saudi officials have denied those allegations.

Hathloul, who had advocated an end to the driving ban and the kingdom`s male guardianship system, was previously detained twice, including for 73 days in 2014 after she tried to drive into Saudi Arabia from the United Arab Emirates.

Nafjan and Yousef participated in a protest against the driving ban in 2013. Yousef also authored a petition, which Nafjan and Hathloul signed, in 2016 seeking to end male guardianship, which requires women to obtain the consent of a male relative for major decisions.

Activists and diplomats have speculated that the arrests may have been aimed at appeasing conservative elements opposed to the relaxation of social strictures. They may also have been meant as a message to activists not to push demands out of sync with the government`s own agenda.

Dozens of other activists, intellectuals and clerics have been arrested separately in the past two years in an apparent bid to stamp out possible opposition.

Nine dead, 17 others shot at in Brazil shooting