Even as 13 suspects have been arrested in connection with explosions on Easter, the threat of more explosive devices in and around Colombo remains. 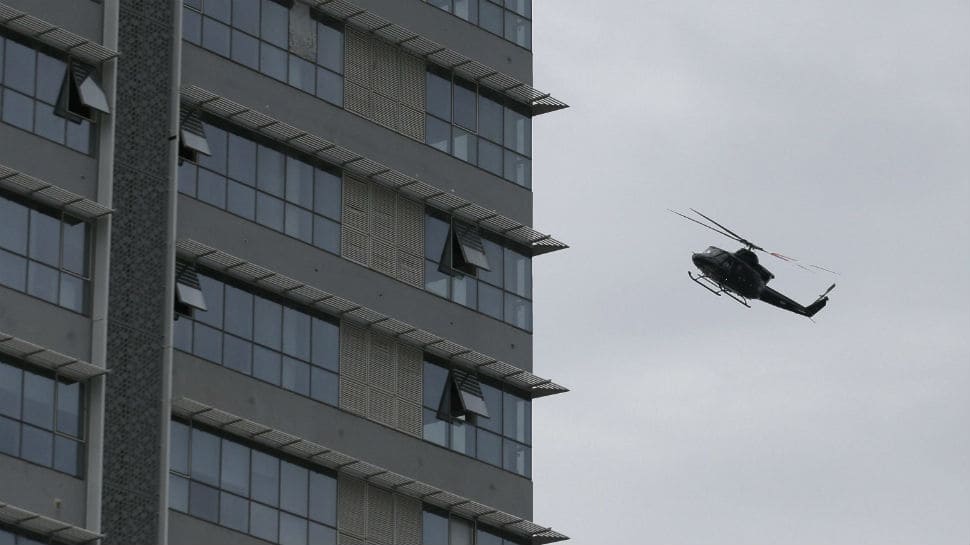 A day after a series of explosions shattered peace in Colombo, killing over 200 and injuring more than 400, security personnel found and disposed an improvised explosive device (IED) near the Bandaranaike International Airport.

Sri Lanka is in a state of high alert after Sunday's explosions with security at Colombo's airport especially tightened after eight blasts in the country. Local media reported that repeated and thorough checks for suspicious objects resulted in an IED being found close to the international airport. Daily Mirror Sri Lanka reported that the IED was disposed of in a controlled explosion by Sri Lanka Air Force (SLAF) personnel.

An investigation has been launched to find out who placed the device in a high-security zone or if it was disposed of by the suspects following security measures being tightened. CCTV cameras in the area are being screened even as additional teams of bomb disposal squad have been deployed at the airport and key vantage areas in Colombo.

A curfew was imposed across the country on Sunday and was in place till 0600hrs on Monday.

Fliers have been advised to report at least four hours prior to scheduled departure times of their respective flights in view of additional security measures put into place.

It is also reported that 13 suspects have so far been arrested in connection with Sunday's explosions. No group has yet claimed responsibility for carrying out the dastardly blasts.

Meanwhile, schools remain shut across the country while access to many social media sites have been curtailed to check on spread of fake news.