Senator warns of 'war' among Republicans over Trump border wall

The South Carolina senator said the fate of the border would be the "defining moment" of Trump`s presidency. 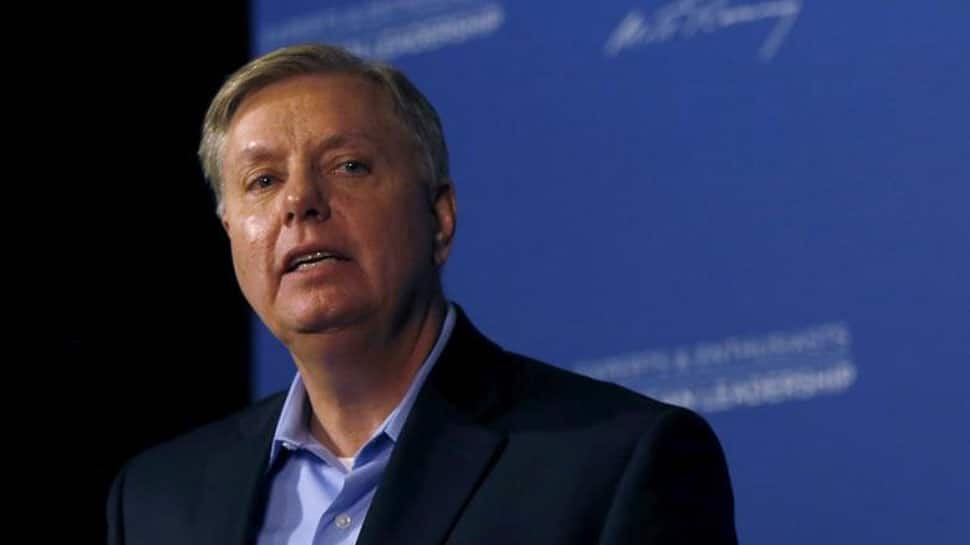 WASHINGTON: Senator Lindsey Graham said on Monday if President Donald Trump declares an emergency to fund a wall on the US-Mexico border it could provoke a war in the Republican party, and urged fellow Republicans to back the "commander-in-chief."

Speaking to reporters in Greenville, South Carolina, Graham said he was not convinced Congress could reach a deal to give Trump the $5.7 billion he is seeking to fund a border wall. "I`m not very optimistic we`re going to get a deal. It seems to me that he`s going to have to go it alone" by declaring an emergency, Graham said. "But there could be a war within the Republican Party over the wall."

Senate Majority Leader Mitch McConnell is reported to have told Trump that it was possible that some Republicans in the Senate would join minority Democrats to pass a resolution to block any emergency declaration, which Trump would then have to veto.

"Any Republican who denies the president the ability to act as commander-in-chief, you`re going to create a real problem within the party," Graham said. An emergency declaration would probably also be challenged in court by Democrats.

The South Carolina senator said the fate of the border would be the "defining moment" of Trump`s presidency. Trump campaigned on the issue in 2016, promising repeatedly that Mexico would pay for the wall.

"It is important that we stand behind President Trump as commander-in-chief to secure a broken border," Graham said. "I`ll be really disappointed if my Senate colleagues do not understand that the president has the right to do this and the responsibility to do this," he said.

Disagreement over border wall funding led to a 35-day partial government shutdown in December and January which ended after Trump agreed to fund the government for three weeks while lawmakers try to reach a deal that would satisfy his demands. Lawmakers in the Democratic-controlled House of Representatives are opposed to funding a wall.

Failure to achieve an agreement by Feb. 15 could shut the government down again. Under the Constitution, Congress holds the national purse strings and approves major expenditures of taxpayer funds.
Trump has said there is a "good chance" he will have to declare a national emergency, which would allow him to circumvent Congress and repurpose funds appropriated for other purposes in order to build the wall.