Seoul avoids referring to Pyongyang as enemy in report

The changes in the White Paper has caused concern among the conservative opposition over possibilities of Seoul weakening its defences while Pyongyang`s nuclear and missile abilities remained intact. 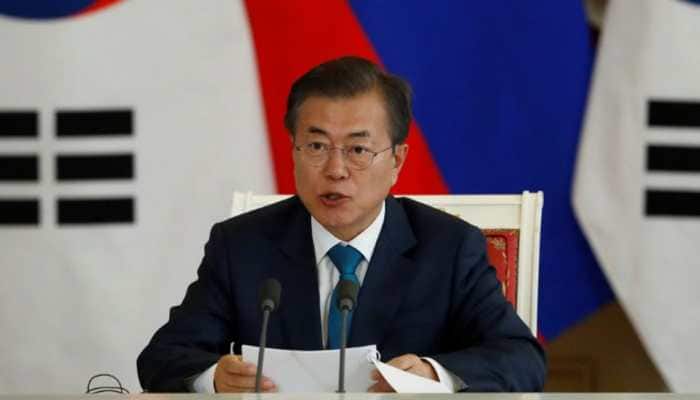 Kill Chain refers to preventive attacks on detecting preparations for a nuclear attack, while KMPR is its extensive version seeking to also practically destroy North Korea and kill as many top officials of the regime as possible.

However, the changes in the White Paper has caused concern among the conservative opposition over possibilities of Seoul weakening its defences while Pyongyang`s nuclear and missile abilities remained intact.

The White Paper`s evaluation of North Korea`s nuclear capabilities remains the same as that of 2016. It calculated that Pyongyang possesses some 50 kg of enriched plutonium which is enough to produce 10 nuclear bombs, and a considerable amount of enriched uranium.

It also underlined that Pyongyang has made remarkable progress in its technology to miniaturise nuclear warheads and fit them into missiles.

The report also identified 14 types of short, intermediate and long range missiles from Pyongyang`s arsenal, including Hwasong-15, its most sophisticated intercontinental ballistic missile believed to have a range of some 10,000 km, which is enough to reach the US.

In the naval department, the White Paper said that apparently the North has been building a new Sinpo-class submarine that can fire ballistic missiles.