Witnesses told British media that the police arrived quickly at the scene soon after shots were heard. 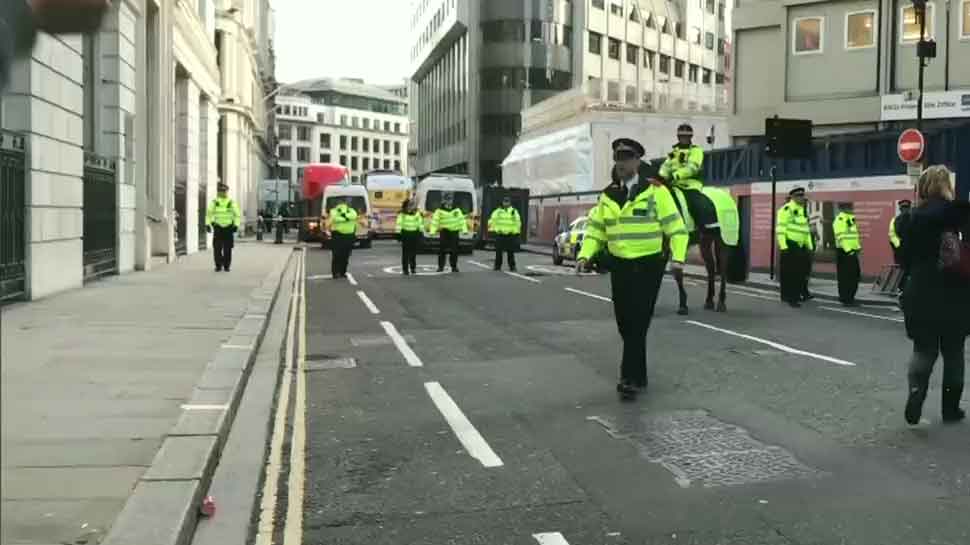 LONDON: British Police shot a man on Friday after a stabbing in the London Bridge area, said reports on Friday. Videos and photographs on Twitter showed several police cars and buses on the bridge and a truck straddling several lanes. A 14-second video clip on Twitter filmed from a high vantage point on the opposite side of the street showed what appeared to be three police officers backing away from a man lying on the pavement.

Two of the officers are pointing rifles at the man, who can be seen moving slightly. "Police were called at 1:58 p.m. to a stabbing at premises near to London Bridge," police said in a statement. "A man has been detained by police. We believe a number of people have been injured."

Giving more updates, London Metropolitan Police said, ''At this stage, the circumstances relating to the incident at  London Bridge remain unclear. However, as a precaution, we are currently responding to this incident as though it is terror-related. One man has been shot by the police.''

#UPDATE London Metropolitan Police: At this stage, the circumstances relating to the incident at #LondonBridge remain unclear. However, as a precaution, we are currently responding to this incident as though it is terror-related. One man has been shot by police. https://t.co/t9NBodkOC3

Witnesses told British media that the police arrived quickly at the scene soon after shots were heard.

It is believed somebody was stabbed in the London Bridge and police have shot a suspect, a security source told Reuters. A police spokesman said earlier: "It appears somebody has been shot."

Sky News said a man had been shot dead. The ambulance service said it had crews at the scene.

London Bridge was the scene of an attack in June 2017 when three terrorists drove a van into pedestrians and then attacked people in the surrounding area, killing eight people.

Earlier this month, Britain lowered its national terrorism threat level to "substantial" from "severe", its lowest level since 2014.