According to Airlive web portal the MiG-29s "broke the sound barrier and sonic booms have been heard in the vicinity of Roznava and Kosice". 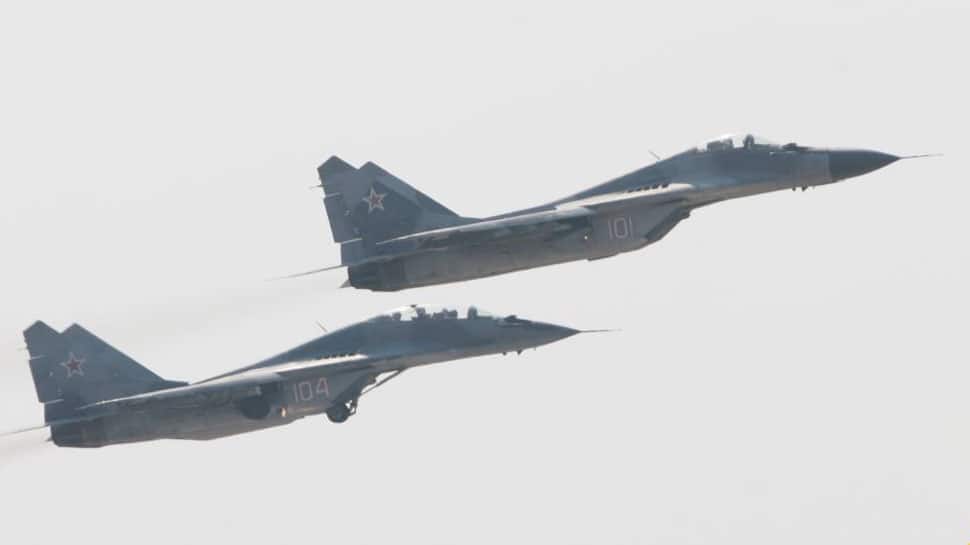 An Italian passenger aircraft was intercepted by two Slovakian Mikoyan MiG-29 fighters on Sunday evening after it failed to respond to the Air Traffic Controller (ATC). The Airbus A320 of Italy’s Ernest Airlines, flying from Milan to Ukraine's Kharkov, was over the skies of Slovakia when the intercept took place.

The Air Force of the Armed Forces of the Slovak Republic (Slovak Air Force) dispatched two supersonic MiG-29 jets from its Sliac air base on Sunday evening as the pilots of the Italian plane failed to answer or acknowledge the ATC. According to Airlive web portal the MiG-29s "broke the sound barrier and sonic booms have been heard in the vicinity of Roznava and Kosice".

The Italian aircraft was escorted over the territory of Slovakia by the MiG-29s. The two fighters returned to their base only after the Airbus A320 started to communicate with the Slovakian ATC.
However, there is no report on the number of people on board the Italian aircraft which entered the Slovakian airspace from the southwestern direction after flying over Hungary.

Slovak Air Force has 12 multirole MiG-29s in its arsenal. The twin-engine jet fighter aircraft was designed in the former Soviet Union. The fighter is currently in service with the air forces of several countries including Russia, India, Ukraine, Peru, Poland, Iraq, Syria and Sudan.

Just a day earlier on Saturday, the Royal Air Force of the United Kingdom scrambled two Eurofighter Typhoon jets to escort a Jet2 flight to Stansted airport, London. The Jet2 flight h, flying to Salaman in Turkey from Stansted, had reported about an unruly 25-year-old woman passenger following which the two Typhoon jets were dispatched to escort the plane.

The jets had also created a sonic boom while flying over Essex with people in Harlow, Epping, Chelmsford and Stansted claiming that they heard a "loud explosion". Many of them also called UK official emergency number 999 and reported the "explosion". The unruly woman was arrested after the Jet2 flight landed at Stansted.