The date and venue of the summit between South Korean President Moon Jae-in and North Korean leader Kim Jong-Un would be scheduled after the forthcoming US-North Korea summit. 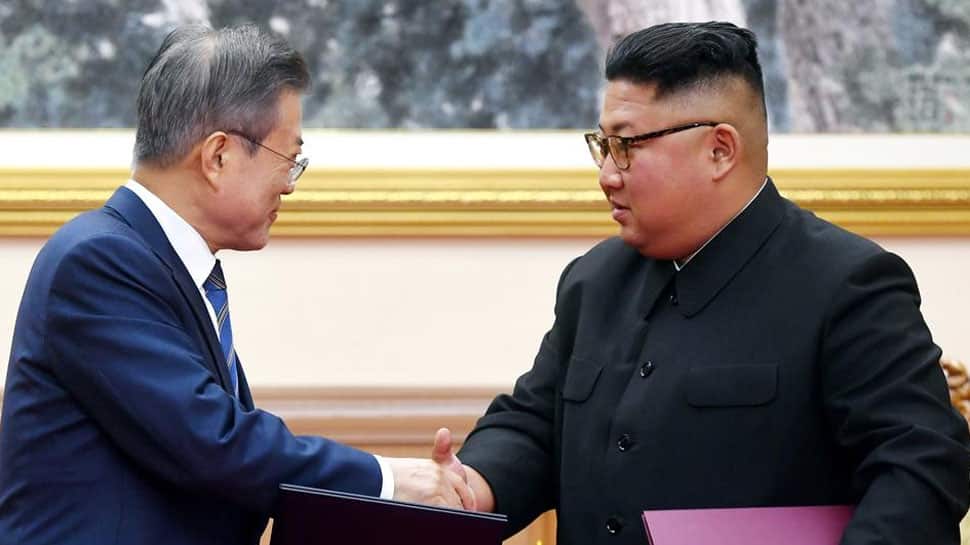 Seoul: Amid reports regarding the upcoming meet between the United States and North Korea, South Korean officials have initiated the process to fix a fourth summit between North and South Korea over denuclearisation of the entire Korean peninsula.

The date and venue of the summit between South Korean President Moon Jae-in and North Korean leader Kim Jong-Un would be scheduled after the forthcoming US-North Korea summit.

"It will likely be held after the second North Korea-US summit, but it will certainly help move the denuclearization process forward if held," Yonhap news agency quoted a South Korean official, as saying.

The official added that the Moon-Kim summit would most probably take place in Seoul, which makes Kim the first leader to visit South Korea after decades since the end of the Korean War in the 1950s.

During the inter-Korean summit in April last year, Kim had agreed to visit Seoul for any meeting between the two Koreas.In a letter to Moon, Kim had reaffirmed his willingness to denuclearise the Korean Peninsula and make a visit to South Korea.

South Korea has played a major role in escalating talks between the US and North Korea and ensuring the process of denuclearisation.US President Donald Trump would be meeting Kim in De Nang, Vietnam, by the end of this month.

The summit would mostly focus on the denuclearisation process in exchange of and the corresponding measures taken by Washington to dilute sanctions imposed on Pyongyang. The maiden summit between the US and North Korea was held in Singapore in June last year.

Leaders from both the nations had agreed on a spectrum of things, the most prominent being the denuclearisation of the Korean peninsula.