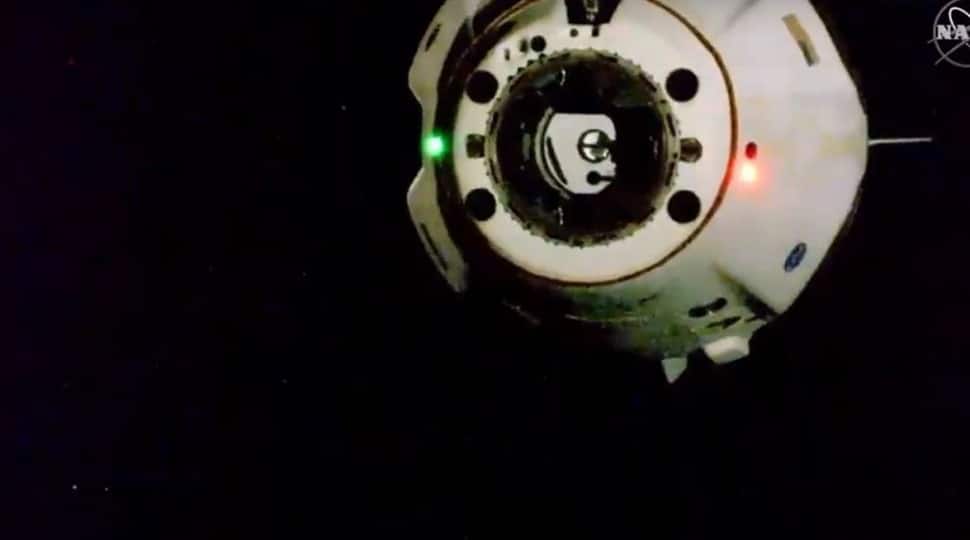 NASA confirmed that the Crew Dragon with astronauts Robert Behnken and Douglas Hurley has exited the "approach ellipsoid" around the ISS and is on a safe trajectory back to earth.

Crew Dragon successfully separated from the ISS at around 23:34 GMT on Saturday.

""Dragon departing." The @SpaceX Dragon Endeavour undocked and separated from @Space_Station. @AstroBehnken & @Astro_Doug are on their way home to planet Earth," NASA said in a tweet.

"Dragon departing." The @SpaceX Dragon Endeavour undocked and separated from @Space_Station. @AstroBehnken & @Astro_Doug are on their way home to planet Earth. pic.twitter.com/VHYSblw3kU

"Confirmed: the @SpaceX Dragon Endeavour has exited the "approach ellipsoid" around the @Space_Station and is on a safe trajectory," said NASA in another tweet.

Confirmed: the @SpaceX Dragon Endeavour has exited the “approach ellipsoid” around the @Space_Station and is on a safe trajectory. pic.twitter.com/DKqPDZIMCV

Behnken and Hurley spent around two months at the ISS following the historic launch of the Demo-2 mission from NASA's Kennedy Space Center in Florida on May 30.

"It's been a great two months and we appreciate all you've done as a crew to help us prove out Dragon on its maiden flight," Hurley told the station's crew just after undocking. "We look forward to splashdown tomorrow."

"Safe travels and have a successful landing," station commander Chris Cassidy of NASA replied. He rang the a "ship's bell" on the station as they departed. "Endeavour's a great ship. Godspeed."

It is expected that the Crew Dragon spacecraft would splash down off the coast of Pensacola, Florida on Sunday at approximately 2:41 p.m. EDT (1841 GMT) but the landing site is not final as seven possible splashdown sites have been finalised by NASA and SpaceX for the return of the crew. Out of seven sites, four sites are located in the Gulf of Mexico and three off of Florida's east coast.

Along with Behnken and Hurley, 150 kilograms of cargo is a.so returning on the Crew Dragon. It is learnt that about 100 kilogram of the cargo is science supplies, particularly biological samples.

"These samples are from a range of biological research experiments on the station dedicated to improving our understanding of how the human body adapts to microgravity or looking at ways to use space to improve life back here on Earth," NASA TV commentator Gary Jordan said in a live webcast of the undocking.