The prototype, dubbed Starhopper, slowly rose about 500 feet (152m) off its launch pad in Brownsville, Texas, and propelled itself some 650 feet (198m) eastward onto an adjacent landing platform, completing a seemingly successful low-altitude test of SpaceX’s next-generation Raptor engine. 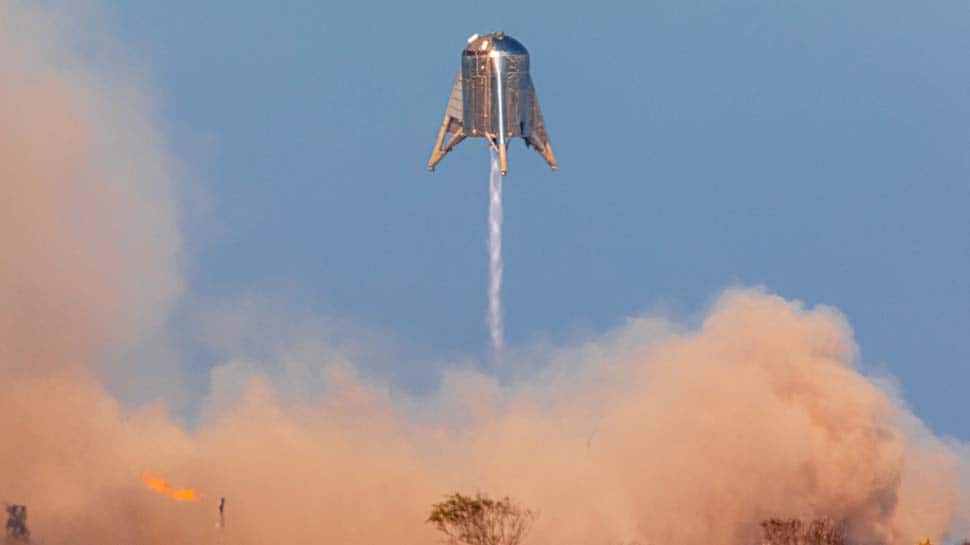 SpaceX test-launched an early prototype of the company`s Mars rocket on Tuesday, rattling the nerves of people living near the Texas site and clearing another key hurdle in billionaire entrepreneur Elon Musk`s interplanetary ambitions. The prototype, dubbed Starhopper, slowly rose about 500 feet (152m) off its launch pad in Brownsville, Texas, and propelled itself some 650 feet (198m) eastward onto an adjacent landing platform, completing a seemingly successful low-altitude test of SpaceX’s next-generation Raptor engine.

The Raptor is designed to power Musk’s forthcoming heavy-lift Starship rocket, a reusable two-stage booster taller than the Statue of Liberty that is expected to play a central role in Musk’s interplanetary space travel objectives, including missions to Mars. The prototype "hopper" vehicle, resembling a chrome water tower with four landing legs, was originally slated for its test liftoff on Monday. But a “rather embarrassing” wiring issue with the single Raptor engine halted the countdown less than a second before ignition, Musk, the SpaceX founder and chief executive, said on Twitter.

About a dozen people living in the adjacent village of Boca Chica, just over a mile from the test site, had been urged in advance by local authorities to vacate their homes as a precaution at the sound of police sirens that blared minutes before launch. “It almost looked like a cartoon or something,” nearby resident Cheryl Stevens told Reuters just after Starhopper’s flight. “After all the buildup, it was kind of nice to actually see it happen.”

The notices, circulated by sheriff`s deputies three days in advance, warned of a possible "overpressure event" that could shatter windows and endanger anyone remaining inside their homes in the event of an explosive malfunction. Maria Pointer, another resident, set up cameras and invited photographers to her home. She said excitement surrounding the launch reminded her of "feeling like you’re going on a Ferris wheel.”

Other residents bemoaned SpaceX’s presence on the Texas coast, frustrated with road closures and confusing public notices worrisome to those unaccustomed to the trials of spaceflight experimentation. “It’s kind of like a double-edged sword,” said resident Terry Heaton, adding that access to the nearby beach was blocked off every time SpaceX attempted an engine test. The next step for Raptor will be to carry out additional ground-based firings of the engine bolted to a stationary test stand, Musk said.

Brazil says open to aid for Amazon fires, but will decide how it's used