Sputnik V COVID vaccine: Importer threatens Pakistan if desired price not fixed soon, may sell it to other country

The drug pricing committee of DRAP had recommended Rs 8,449 for two doses of the vaccine, which is not acceptable to the importer," an official of the federal government told Geo.tv. The importer also said selling the shipment to some other country was "an option if an appropriate price is not fixed" of their product. 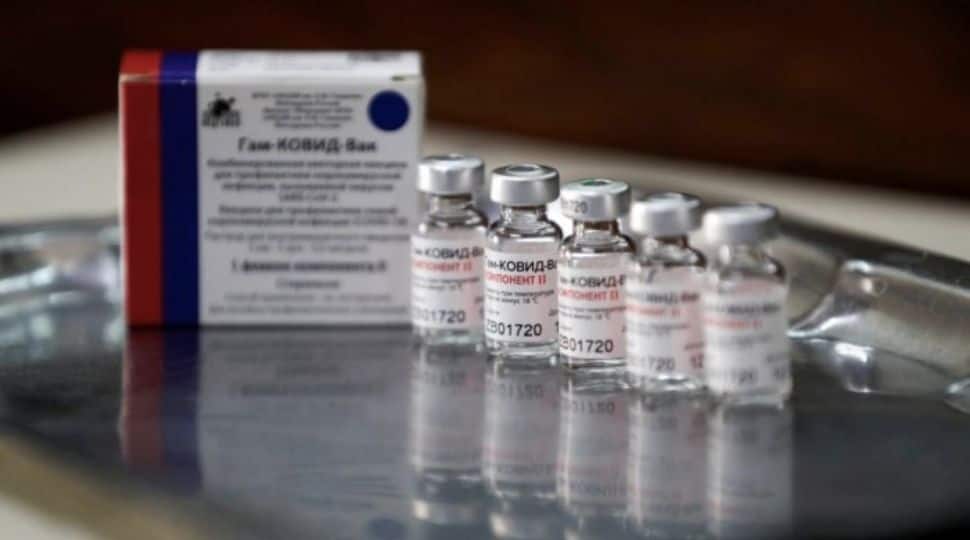 The Russian Sputnik V COVID-19 vaccine exporter on Tuesday (March 23) threatened Pakistan to "re-export" the 50,000 doses if the company`s desired price is not set by the government soon.

"AGP Limited, which imported the 50,000 doses of the Sputnik V vaccine, has threatened to re-export the shipment if their desired price is not fixed by the government.

The drug pricing committee of DRAP (Drug Regulatory Authority of Pakistan) had recommended Rs 8,449 for two doses of the vaccine, which is not acceptable to the importer," an official of the federal government told Geo.tv on condition of anonymity. The importer also said selling the shipment to some other country was "an option if an appropriate price is not fixed" of their product.

According to Geo.tv, the official maintained that during "verbal communication", the importer threatened that they had the option of re-exporting it or selling it to some other country if an appropriate rate, as per the government`s formula of 40 per cent in addition to the landing cost of the product, is not applied while fixing the price.

"The government is already under harsh criticism for the price recommended by DRAP`s pricing committee at Pakistani Rs 8,449. It was calculated on the basis of a landing cost of USD 30 but people are comparing it with the cost of the Russian vaccine in India and criticising the government for fixing a higher price as compared to the neighbouring country," the official added.

On the other hand, officials at AGP Limited said that they had the "option of re-exporting" the shipment or selling it to some other country where they have been "assured" that they will get a price "over and above their landing cost in Pakistan", reported Geo.tv.

"The government`s price of Rs 8,449 is not affordable for us because in addition to landing cost, there are distributor margin, storage and transportation costs, and hospitals and institutions will also take their service charges," an official of the company said.

Earlier, the federal government had asked DRAP`s pricing committee to "reconsider and reassess" the Maximum Retail Price (MRP) of Sputnik V vaccine doses after AGP Limited expressed its dissatisfaction over the price recommended by the regulator.

Government officials had earlier said that AGP wanted a retail price between Rs 12,500-13,000 for two doses of their vaccine based on their landing cost, freight charges, cold storage and other expenses, reported Geo.tv. Pakistan has reported 633,741 cases so far. 13,935 people have succumbed to the infection in the country.

Last week, Pakistan imposed a complete ban on travel from 12 countries, including South Africa, Rwanda and Tanzania, in a bid to curb the spike of coronavirus cases.Prime Minister Imran Khan and his wife Bushra Bibi was tested positive for coronavirus on Saturday (March 20).