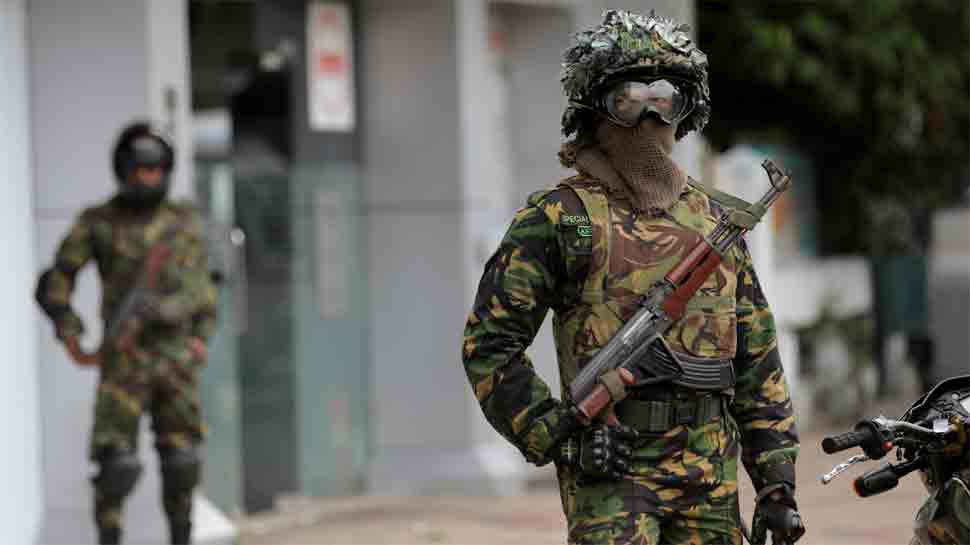 New Delhi: In a joint operation, Sri Lankan Army and Police raided a hideout in Sammanthurai, Ampara district of the island nation, triggering a gunbattle with a group of extremists, suspected to be linked to the deadly Easter attacks.

According to reports, three explosions, believed to have been carried out by suicide bombers, took place during the gunbattle. Sammanthurai is 325 kilometres from Colombo, the capital of Sri Lanka.

At least seven people were arrested by the security forces after the gunbattle on Friday evening.

The police said they recovered a huge cache of explosives and arms and ammunition including a uniform and a banner with the logo of Islamic State terror organisation. At least 50 gelignite sticks, 1 lakh metal balls and a drone camera were also recovered from their possession.

At least nine suicide bombers carried out a series of devastating blasts that tore through three churches and three luxury hotels on the Easter Sunday, killing 253 people and injured more than 500 others.

The bombs tore through three five-star hotels in Colombo: the Cinnamon Grand, the Shangri La and the Kingsbury. At least 38 foreigners, including 10 Indian nationals, died in the attacks.

The Islamic State claimed the responsibility of the attack. However, the Lankan government blamed the local Islamist extremist group called National Tawheed Jamath (NTJ) for the attacks.