EU leaders will tell May on Thursday she can have two months to organise an orderly Brexit. 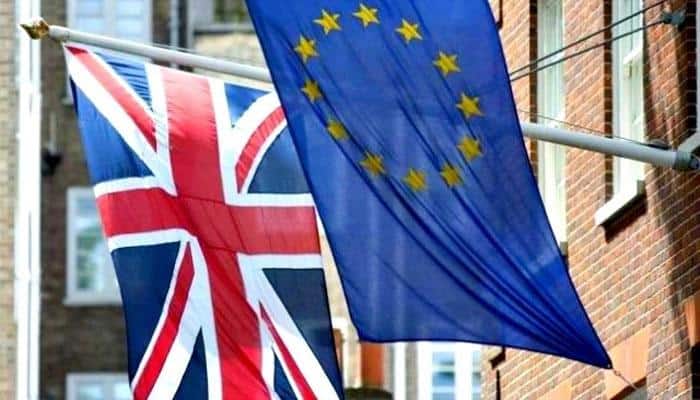 LONDON: More than 700,000 people have rushed to sign a petition on the British parliament`s website calling for the government to revoke its divorce notice to the European Union and remain in the bloc.

Attracting thousands of signatures every few minutes, the petition took off in the hours after Prime Minister Theresa May made a televised address to the country late on Wednesday, criticising squabbling lawmakers for failing to agree an exit strategy and telling parliament to make a final choice.

"It is high time we made a decision," May said, telling Britons: "I am on your side."

EU leaders will tell May on Thursday she can have two months to organise an orderly Brexit but Britain could face a disruptive ejection from the bloc next Friday if she fails to win backing from parliament.

More than 17 million Britons voted in favour of leaving the EU in a 2016 referendum while 16 million voted to remain, with May serving notice of the UK’s intent to leave under Article 50 of the EU’s Lisbon Treaty the following year.

The "Revoke Article 50 and remain in the EU" petition on the parliament website had attracted 706,096 signatures by 1048 GMT, backed by support on social media, although the site appeared to be regularly crashing due to the large numbers trying to sign.

"The government repeatedly claims exiting the EU is `the will of the people`. We need to put a stop to this claim by proving the strength of public support now, for remaining in the EU," the petition said.

Parliament must consider holding a debate on all petitions that gain more than 100,000 signatures.

Supporters wrote on Twitter that the petition showed the strength of feeling against May`s strategy while backers of Brexit said it needed to attract more signatures than the 17.4 million people who voted to leave the EU three years ago before anyone should take any notice.

More than 1.8 million people signed a petition calling for U.S. President Donald Trump to be prevented from making a state visit to Britain, leading to a debate in parliament in 2017.

More than 4 million people signed another petition in 2016 which called for another EU referendum in the event that neither the remain or leave camps achieved 60 percent of the vote.