On Monday morning, some Barbados gasoline pumps had run dry, and island residents piled into packed stores to buy everything from pain relievers and batteries to bottled water, crackers and canned goods before the island`s official shutdown at 10 am. 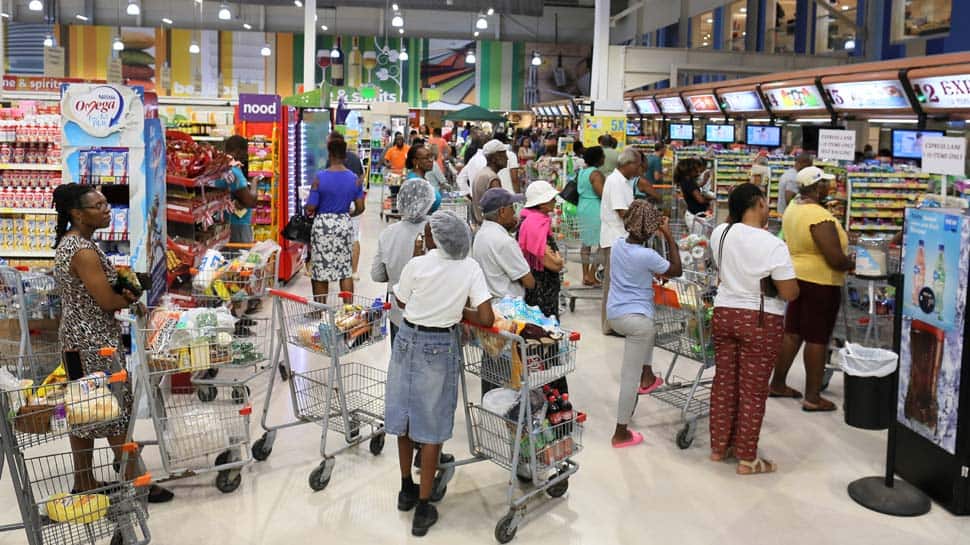 BRIDGETOWN: Tropical Storm Dorian gathered strength on Monday as it barrelled west toward Barbados, where residents stocked up on food to hunker down for an onslaught of heavy wind and rain. On Monday morning, some Barbados gasoline pumps had run dry, and island residents piled into packed stores to buy everything from pain relievers and batteries to bottled water, crackers and canned goods before the island`s official shutdown at 10 am.

Nearby St. Lucia also braced for Dorian`s arrival, and a hurricane watch was issued for the small island. A tropical storm watch was in effect for Puerto Rico, the U.S. island territory devastated by Hurricane Maria in 2017. The tropical cyclone is expected to be a hurricane by the time it moves northwest across Puerto Rico on Wednesday and plows into the Dominican Republic, according to projections of the U.S. National Hurricane Center.

Barbados Prime Minister Mia Mottley told islanders to avoid unnecessary risks while the storm bore down. "Those who do not need to go on the road or do not work in areas that are essential, unless you are going to get a last-minute something to prepare yourself, there`s no sense in going on the road," Mottley told local radio.

Mottley`s government called for a near-total shutdown of the island on Monday morning, going back on its initial decision to be open for business until noon. Barbados Meteorological Services warned of flash flooding in a report. Scattered showers connected to Dorian began falling in Barbados on Monday morning.

Dorian will most likely bring tropical storm conditions to the Windward Islands late on Monday and move into the eastern Caribbean Sea on Tuesday before churning toward Puerto Rico. Early on Monday evening, Dorian was about 60 miles (97 km) southeast of Barbados, blowing maximum sustained winds of 60 miles per hour (97 kph), the NHC said.

"Dorian could be near hurricane strength when it passes through the northern Windward Islands on Tuesday, and it is expected to be a hurricane when it moves near Puerto Rico and eastern Hispaniola," the Miami-based NHC said in a statement. A storm becomes a hurricane when top sustained winds reach 74 mph (119 kph). Tropical storm warnings are in effect for Barbados, Martinique, St. Lucia and St. Vincent and the Grenadines, the NHC said.